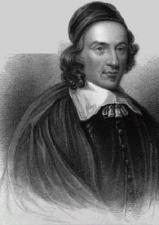 oxford
views updated
Argyll, Archibald Campbell, 3rd duke of [S] (1682–1761). Campbell succeeded his brother John in 1743, having been created earl of Islay [S] in 1706. He was a keen supporter of the Union and fought on the government side at Sheriffmuir in 1715. He held the privy seal [S] 1721–33 and the great seal [S] from 1733 until his death. From 1707 to 1713 and again from 1715 until his death he was a representative peer of Scotland. For many years he was the Whig government's adviser on Scottish affairs and, though his brother broke with Walpole in 1737, Islay remained in control of Scottish patronage. While his brother was high-spirited, imperious, and a celebrated orator, Islay was a man of business; Horace Walpole called him ‘dark and shrewd’ but a most useful man.