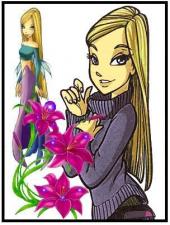 Early Years. Cornelia was one of four children, two sons and two daughters, born to Publius Cornelius Scipio Africanus and Aemilia. Between 175 and 170 she was married to the plebeian Tiberius Sempronius Gracchus, a man some twenty years her senior and an opponent of her father in political matters. Tiberius himself had a distinguished political career that may have led Cornelia’s guardian to choose him as her husband, or perhaps it was at Cornelia’s bidding.

Widowhood. According to Plutarch, there was a story that Tiberius once found a pair of snakes on his bed. When he consulted the augurs about what he should do, they told him that he had to choose to let one live and to kill the other, but if he killed the female snake, Cornelia would die; if he killed the male snake, his death would soon follow. Plutarch says that because he loved his wife and because he was much older than she, Tiberius killed the male snake and let the female go free. He died not long afterward, in 150 B.C.E., leaving Cornelia with twelve children, only three of whom—two sons, Tiberius and Gaius, and a daughter, Sempronia—lived to adulthood. After Tiberius’s death, Cornelia chose not to remarry, even though she received a proposal from Ptolemy VIII Euergetes II, ruler of Egypt.

Devoted Mother. Cornelia devoted herself to her children. She took an active role in their education and in the shaping of their political views. She stayed involved in the political activities of her sons, writing letters to advise them and guide their actions. The quality of her thought and style earned praise from Cicero, but her letters seem to have disappeared by the time of Quintilian. After the death of her son Tiberius in 133 B.C.E., at the hands of his political enemies, Cornelia left Rome and moved to her home at Misenum. Her villa there became a center of culture, a place where learned men gathered to discuss literature and philosophy. In 123 B.C.E. Cornelia also lost Gaius to his political enemies, leaving her with only her daughter Sempronia, who had married Publius Cornelius Scipio Aemilianus. She was also a widow: her husband, who had apparently approved of the murder of Tiberius in 133 B.C.E., had died mysteriously in 129 B.C.E. Rumor suggested that Sempronia and Cornelia were responsible for his death, in retaliation for Tiberius’s murder. (Cicero’s Dream of Scipio implies this scenario is the case.) Cornelia died sometime before 100 B.C.E.

Empress Of Rome Livia , 58 b.c.e . - 29 c.e. Unsettled Life. Livia was born into a patrician family with a long history of active political involvement. In 43 or 42 B.C.E.,… Nineveh , Nineveh NINEVEH (Heb. נִינְוֶה; Akk. Ninua, Ninâ; in Mari Ninuwa; Ar. Ninawa), the capital of the Assyrian empire from Sennacherib's time on, situate… Mark Antony , Mark Antony Born: c. 83 b.c.e. Rome (now in Italy) Died: 30 b.c.e. Alexandria, Egypt Roman politician and general The Roman politician and general Ma… Astrology , Influence of Stars. The ancient Greeks and Romans believed that the Egyptians invented astrology. Astrology is the divination of the supposed influen… associative law , associative law Rule of combination in mathematics, in which the result of two or more operations on terms does not depend on the way in which they a… Doris , DORIS DORIS (first century b.c.e.), first wife of *Herod the Great, whom he married (c. 47 b.c.e.) before he became king and while he was strategos o…