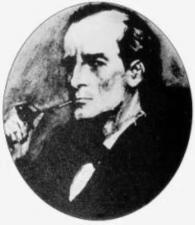 oxford
views updated
Holmes, Sherlock an extremely perceptive private detective in stories by Arthur Conan Doyle (1859–1930). Presented through the eyes of his friend and colleague Dr Watson, Holmes is shown as embodying the powers of rational deduction, unaffected by his occasional indulgence in cocaine. His duel with his arch-enemy Professor Moriarty appeared to lead to his death in the Reichenbach Falls, but Doyle was forced by popular demand to allow the detective to emerge unscathed. (See also sherlock.)

Sonar , SONAR, an acronym for Sound Navigation And Ranging, is a technique based on echolocation used for the detection of objects underwater. Ancient people… Biodetectors , █ JUDYTH SASSOON Biodetectors are analytical devices that combine the precision and selectivity of biological systems with the processing power of mi… Nuclear Bomb , █ LARRY GILMAN Nuclear detection devices, also termed radiation detectors, are systems designed to detect the presence of radioactive materials. Thes… Arthur Conan Doyle , So great is the influence of Sherlock Holmes, that only the truest of the great detective's fans know that his creator, Arthur Conan Doyle, thought f… Reichenbach Falls , Reichenbach Falls in Switzerland, one of the highest falls in the Alps, and scene of the final struggle between Sherlock Holmes and his arch-enemy Pr… Psychophysics , The subfield of psychology that deals with the transformation from the physical to the psychological through detection, identification, discriminatio…