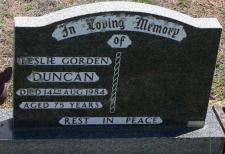 Montgomery was the illegitimate son of Duncan MacNeill, a famous Scottish jurist, and Isabella Montgomery. He received his early education in Paris and later in Frankfurt am Main. In 1852 Montgomery entered the University of Heidelberg as a medical student and in the same year met the sculptor Elisabet Ney. Her desire for intellectual and artistic success and her inditlerence toward the normal social standards mirrored Montgomery’s philosophy of life, and they became close friends. The relationship in time was to be restrictive for Montgomery because it isolated him spatially, intellectually, and socially from fellow scientists. But he did continue his studies in Berlin (1855), Bonn (1856), and Würzburg (1857), and he later observed clinical practices at Prague (1858) and Vienna (1859). Although fully trained in the medical arts, there is doubt as to whether he received an official degree.

In 1860 Montgomery became a resident physician at the German Hospital in London. The following year he served as an attendant physician at Bermondsey Dispensary. In 1861–1862 he also served as demonstrator of morbid anatomy at St. Thomas’ Hospital and in 1863 became a lecturer on that subject. Mostly for reasons of health Montgomery left London in 1863 for Madeira and set up private practice there. He was joined in November by Elisabet and was married to her by the British consul, although she later denied the legality of their relationship.

From 1864 to 1867 the couple worked and traveled in Italy, but to facilitate Elisabet’s work as a sculptor, they became permanent residents of Munich in 1867. Although Munich society was liberal, the Montgomerys were socially ostracized and they moved to the United States. Their two sons were born during a two-year stay in Thomasville, Georgia. Georgia was even less tolerant of their nonconformist behavior, and they left for Texas, arriving in Hempstead in March of 1873. Soon after his purchase of the Liendo plantation, their firstborn son died of diphtheria. They remained in Texas for the rest of their lives and Montgomery became a United States citizen in 1886. They both continued to travel widely in the United States and Europe.

During his student years (1852–1859) Montgomery encountered the divergent philosophies of materialism and idealism and participated in the blossoming of German experimental physiology. His work at St. Thomas’ (1861–1863), at the London Zoological Gardens (summer of 1867), and at Munich (1869) culminated in a research publication, On the Formation of So-Called Cells in Animal Bodies (London, 1867), and a philosophical treatise, Die Kant’sche Erkenntnisslehre widerlelegt vom Standpunkt der Empirie (Munich, 1871).

From 1873 to 1879 Montgomery performed intensive microscopical investigations of protozoans and multicellular organisms at his laboratory on his Texas plantation. From 1879 to 1892 his activities centered increasingly on synthesizing the results of his biological investigations and his philosophical viewpoints. He maintained an active correspondence with scientists and published occasional articles in American and European scientific and philosophic journals.

The years 1892–1911 were a time of great emotional stress aggravated by financial difficulties and the aberrant behavior of their surviving son. In 1907 Elisabet died and Montgomery suffered a paralytic stroke that obliged him to spend the rest of his life on his ranch. Yet he wrote three books that summarized his intellectual beliefs.

The Vitality and Organization of Protoplasm (Austin, 1904) was a statement of his biological researches. Believing mechanistic and vitalistic explanations of life to be in error, Montgomery felt that the vital properties of life resided in the protoplasm of living organisms. The vitality of this substance was due to the interdependencies of the chemical constituents of which it was composed, not to an aggregate of qualities of the atoms or to a vital spirit with which protoplasm might be imbued. This vitality was demonstrated by the ability of protoplasm to reconstitute itself from its elements, not by the activities carried out by living organisms.

Montgomery also disagreed with many cell theorists. He thought that cellular specialization was the result of “ontogenetic” differentiation of the protoplasm of the germ cell and not simply a division of labor in an aggregate of cells. For him this was an evolutionary development in which the resultant cells of the mature organism were not coequals of the original germ cell but lineal descendants with increased specialization. The inheritance of characteristics was effected through the protoplast of the germ cell, not through the nucleus, which structure he thought to be involved in oxidation. He disapproved of any theories of inheritance in which characteristics were carried to the germ cell or were attributed to vital properties of the process.

His biological researches as summarized in his book and articles show him to he a careful observer with original thoughts. Yet, at the same time, isolation from the scientific community partially explains misconceptions that appear in his writings and the lack of a broader acceptance of his work.

Montgomery’s philosophy is characterized by an attempt to utilize biological observations as a basis for philosophical generalizations. He was neither a materialist nor an idealist but a monist, who strongly defended the concept of the unity and indivisibility of the living substance and thus of life as a whole. His book Philosophical Problems in the Light of Vital Experience (New York, 1907) presented these views in greater detail. His last book, The Revelation of Present Experience (Boston, 1910), was a philosophic treatise concerned with the function of the mind. Montgomery believed perception to be not reality but the subjective appearance of things in the mind of the viewer. The only reality was the substance and not its activities. Because of his unique approach to philosophy, Montgomery was not always understood. He gained a larger following among philosophers than biologists.

I. Original Works. Among Montgomery’s significant works are On the Formation of So-Called Cells in Animal Bodies (London, 1867); Die Kant’sche Erkenntnisslehre widerlegt vom Standpunkt der Empirie (Munich, 1871); The Vitality and Organization of Protoplasm (Austin, Tex., 1904); Philosophical Problems in the Light of Vital Experience (New York, 1907); and The Revelation of Present Experience (Boston, 1910).

Edmund Duncan Montgomery, a Scottish-American philosopher, anticipated in his "philosophy of vital organization" ideas of emergent evolution, the energetic nature of matter, and the pragmatic functioning of knowledge. Born in Edinburgh, he studied medicine in Germany in the 1850s, did research on cell pathology in London in the 1860s, and emigrated to America in 1870 with his sculptor wife, Elisabet Ney.

After a short-lived communitarian experiment at Thomasville, Georgia, the Montgomerys settled on Liendo Plantation, near Hempstead, Texas. There Montgomery wrote most of his philosophical articles and, in his later years, took an active role in community affairs. As chairman of the Waller County Democratic Party in the 1896 Bryan-McKinley campaign, he argued the dependence of political liberty upon economic reforms.

By 1867 Montgomery saw life as a power of certain compounds to reintegrate their chemical unity after damage, a power evolved by the inherent creativity of matter interacting in new combinations. He tested views of matter, mentality, selfhood, knowledge, and morality by this touchstone in over sixty articles in such journals as Mind, Monist, Index, Open Court, and the International Journal of Ethics and in five books. His major book was Philosophical Problems in the Light of Vital Organization.

Even inorganic compounds, Montgomery said, are inherently reactive, evolving in unpredictable ways by virtue of their peculiar composition and organization. Conservation of energy is thus wrongly viewed as requiring inertness of matter. Mentality is not dependent on a separate substance but is a capacity of certain complex organisms (chemical unities of a high order), heirs of evolution through foregone ages. Human knowledge and action are products of man's interplay with environment; they are instruments in preserving and enhancing well-being.

Some data of consciousness, such as kinesthetic and emotive states, seem to derive in each of us only from his own body, even though the body's activity thus perceived is in turn activated by outside stimuli. Others of our conscious states (such as visual data) are occasioned by features of either our own bodies or of external objects. Montgomery denied that this difference warrants the inference that there are two distinct kinds of substance, mental and material. All inferences from sensory data are conjectural. Data do not copy things but give "hieroglyphic signs" that permit discovery, prediction, and testing of natural relations among things.

Montgomery argued for a "naturalistic humanitarianism," a "religion of life," stressing ethical self-determination in a struggle against indifferent and hostile forces, to convey to the next generation a heritage nobler than the one received. Making common cause with those who wanted a religion and an ethic consistent with scientifically established knowledge, he added to classic criticisms of prevailing theologies and moral systems his own emphasis upon their failure to heed the full potentialities of men, the preeminent heirs of an evolution far from completed.

On the Formation of So-Called Cells in Animal Bodies. London, 1867.

The Vitality and Organization of Protoplasm. Austin, TX: Gammel-Statesman, 1904.

Philosophical Problems in the Light of Vital Organization. New York and London: Putnam, 1907.

A complete bibliography of writings by and about Montgomery before 1950 and an index of writings by and about him appear in Morris Keeton, The Philosophy of Edmund Montgomery (Dallas, TX: University Press in Dallas, 1950). The definitive biography is I. K. Stephens, The Hermit Philosopher of Liendo (Dallas, TX: Southern Methodist University Press, 1951).

Max Johann Sigismund Schultze , Schultze, Max Johann Sigismund SCHULTZE, MAX JOHANN SIGISMUND (b. Freiburg im Breisgau, Germany, 25 March 1825; d. Bonn Germany, 16 January 1874) ana… Endosymbiosis , Endosymbiosis is a mutually beneficial relationship between a host organism and an internal associate organism. The term is derived from the prefix "… Cytology , Cytology is the branch of biology that studies cells, the building blocks of life. The name for this science is translated from kytos, the Greek term… History Of Philosophy , Philosophy, History of The history of philosophy is a special branch of the general history of culture whose object is the critical study of the form… Philosophy , PHILOSOPHY in America has encompassed more or less systematic writing about the point of our existence and our ability to understand the world of whi… Moritz Schlick , Schlick, Moritz Schlick, Moritz Friedrich Albert Moritz Schlick (1882-1936), philosopher and epistemologist, was born in Berlin. He studied physics a…