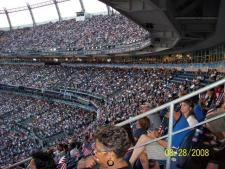 Earl Hilliard rose steadily through Alabama’s political ranks to become the state’s first African American representative in the U.S. Congress since the Reconstruction era. An idealist whose official biography states that “he has seen first-hand the difference one person can make to effectuate positive change,” Hilliard has been an unabashedly liberal voice in Congress. Several times the target of inquiries into his handling of legislative funds over his long career, he has consistently denied any wrongdoing. A proven vote-getter, Hilliard has surmounted such ethical questions and convinced his constituents of his commitment to their well-being.

A lifelong Alabama resident, Hilliard was born in the steel-making center of Birmingham on April 9, 1942, and was educated in the city’s public schools. He came of age during, and his thinking was fundamentally shaped by, the ascendancy of civil rights activism during the early 1960s. Jet magazine quoted Hilliard as saying that “[i[f it hadn’t been for Martin Luther King’s march across the Edmund Pettus Bridge in Selmá, I wouldn’t have been a congressman.” Hilliard received the finest education that the nation’s historically black institutions had to offer. He graduated from Morehouse College in 1964. Three years later, Hilliard earned a law degree from Howard University.

Hilliard returned home to Birmingham, and was admitted to the Alabama bar in 1968. He flirted with several careers before settling into the life of a Birmingham attorney. Hilliard taught at Birmingham’s Miles College during the 1967–68 school year, and then worked for two years as an assistant to the president of Alabama State University. During this period he took courses that led him to yet another advanced degree, a masters in business administration from the Atlanta University School of Business, which he received in 1970. In addition to earning many of his impressive educational credentials in Atlanta, Hilliard met his wife Mary, a teacher and public school administrator, there. The couple’s two children have both followed in their father’s footsteps and become attorneys.

law on his own. The political bug bit him as the voter registration drives of the 1960s began to bear fruit, and low-level political offices became accessible to African Americans across the South. Hilliard ran a successful campaign for the Alabama House of Representatives in 1974. The following year, he became the fledgling Alabama Black Legislative Caucus’s first chairman. In 1980, Hilliard won election to the Alabama State Senate.

In the Alabama legislature Hilliard gained a reputation as a sharp floor tactician, once marshaling the votes for a pension bill while the bill’s opponents had gone out to eat dinner. He served as chairman of the Judiciary Committee and the Commerce, Transportation, and Utility Committee, and began to build the track record of constituent services that would help to further his career. He shepherded through the legislature a bill to create a horse-racing track in Birmingham, and working tirelessly to increase the state’s meager educational funding. Outside of the legislature, Hilliard maintained his ties to educational institutions, serving as a trustee at Miles College and Tuskegee Institute. In 1990, the Birmingham News raised questions about Hilliard’s use of campaign funds for business purposes. Hilliard denied the allegations, and no action was taken.

After the 1990 census, redistricting carved out a new Seventh Congressional District with the intent of guaranteeing an African American majority. Its irregular boundaries encompassed predominantly African American neighborhoods in Birmingham and Montgomery, together with some of the old plantation counties of the Black Belt (the name refers to the area’s characteristic soils rather than to the racial composition of its population). In 1992 the district’s white incumbent declined to run for re-election, and Hilliard threw his hat into the ring along with three other candidates. He was able to expand his appeal beyond his Birmingham base, coming in first in the primary and squeaking by with a razor-thin margin of 50.5 to 49.5 percent in a runoff election. Hilliard’s opponent questioned the vote count, but did not challenge the result, and Hilliard went on in November to win easily in this overwhelmingly Democratic district.

Having served notice of his orientation by running on a platform favoring nationalized health care along the lines of the Canadian system, Hilliard has taken consistently liberal stands in Congress, although he voted in favor of a constitutional amendment banning the burning of the U.S. flag. He used his leverage with the federal Justice Department to raise questions about continuing civil rights abuses in Alabama, and argued in favor of federally financed reparations to the descendants of slaves. “It’s often said that you can’t fault the offspring of slaveholders,” he was quoted as saying by The Almanac of American Politics. “I would say that’s incorrect because [some of] the offspring are still living off the wealth created by the labor of my ancestors.”

Hilliard made headlines when he took action to redress an injustice connected with an unusually visible reminder of Alabama’s civil rights conflicts. The small, predominantly African American town of Gees Bend, which is in Hilliard’s district, had once been connected by ferry with the nearby cities of Camden and Selma. White residents of these cities, who were enraged by the participation of Gees Bend’s citizens in Selma’s historic civil rights protests, cut off the ferry service in 1962. Residents of Gees Bend were forced to make an eighty-mile round trip by car in order to purchase basic necessities. Hilliard obtained a $456,000 federal transportation grant that restored ferry service. He also secured for Alabama three of the federal government’s “enterprise zones,” which used tax incentives to encourage businesses to locate in depressed areas.

Hilliard has not been without his critics during his years in Congress. In 1995, according to the New York Times, he was tagged with the dubious distinction of being Congress’s “most frequent flyer” on overseas trips. It was also revealed in 1998 that the percentage of campaign funds Hilliard had received that year was the third highest of any congressional candidate. With several relatives of key local politicians on his payroll, Hilliard’s use of office funds also came under scrutiny. In October of 1999 the Republican-dominated House Ethics Committee opened an investigation into Hilliard’s activities, but he seemed unconcerned; “I thought this matter was over,” he was quoted as saying in Insight on the News. Seventh District voters, who had proven themselves satisfied with Hilliard’s performance, seemed likely to agree.

Additional information for this profile was obtained from www.house.gov/hilliard/bio.htm.

Congressman and lawyer Earl Hilliard, an activist in the modern civil rights movement in Alabama, was the first African American elected as representative to the U.S. Congress since the Reconstruction. Born in Birmingham to William and Iola Frazier Hilliard, he was educated at Morehouse College (B.A., 1964), Howard University School of Law (J.D., 1967), and Atlanta University School of Business (M.B.A., 1970). Hilliard began his career as a teacher at Miles College (1967–1968) and then was assistant to the president of Alabama State University (1968–1970).

Hilliard's work with voter-registration drives and participation in protest marches during the civil rights era of the 1960s gave him access to many blacks in the area. Elected to the Alabama House of Representatives in 1974, he chaired the first Alabama Black Legislative Caucus. He ran for office again in 1980, winning election to the state senate. Redistricting in Alabama after the 1990 census made possible the new Seventh Congressional District, which encompassed black neighborhoods around Birmingham and Montgomery. In a runoff election in 1992, Hilliard narrowly won a seat in the U.S. Congress.

In Congress Hilliard served on the House Agriculture Committee and the Committee on International Relations. He was first vice chair of the Congressional Black Caucus and later vice chair of the Progressive Caucus. He aggressively represented the interests of his home state, as demonstrated by the federal transportation grant that he obtained to restore ferry service in the predominantly black town of Gees Bend. He also enabled Alabama to receive three of the federal government's "enterprise zones," which provided tax incentives to promote business in depressed areas.

In 1999 Hilliard was investigated by the House Ethics Committee for possible personal and campaign finance violations. In 2002 he was defeated in the Alabama Democratic runoff race by Arthur Davis.

John Conyers Jr , Conyers, John Jr. 1929– Legislator Having served more than four decades as a U.S. congressman, John Conyers, Jr., has been nicknamed “government’s to… Juanita Millender-mcdonald , Millender-McDonald, Juanita 1938– Congresswoman Even from her beginnings as a teacher, Congresswoman Juanita Millender-McDonald has fought for others… John Jr. Conyers , Conyers, John John Conyers Among the longest-serving members of the United States Congress, John Conyers (born 1929) has remained a most productive l… Shirley Chisholm , Chisholm, Shirley 1924– Politician, educator, author In becoming the first black, as well as the first woman, to ever seek a major political party’s… Eleanor Holmes Norton , Norton, Eleanor Holmes 1937– Politician, activist Political allies and opponents alike agree that Eleanor Holmes Norton—Washington, D.C.’s delegate t… House Of Representatives , The House of Representatives was born of compromise at the constitutional convention of 1787. Early during the Convention, the virginia plan, favored…