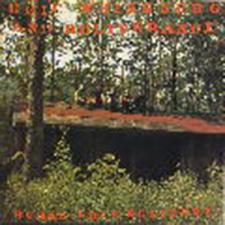 Mail. In 1847 railroads carried only about 10 percent of the U.S. mail while their remainder was transported by steamboat, by stagecoach, and on horseback. In 1855 the railroads began using special mail cars and central distribution points. By the 1870s the U.S. Postal Service was the largest and one of the best in the world even though it was irregularly administered.

Urban Free Delivery. Before 1825 there was no home delivery service. In that year the postmaster general was authorized to begin delivery in cities with populations of more than ten thousand. A carrier was not paid a salary and depended on collecting a one-or-two-cent fee from the recipient, an awkward arrangement for everyone involved. This system lasted until 1863, when in the midst of the Civil War, Congress deemed that the carriers should be paid by the government. Other reforms soon followed. In 1879 Congress passed the Postal Act, which clearly defined what constituted second-class matter—newspapers, authorized a one-cent-a-pound rate for such material. In the late 1870s and early 1880s stamps cost two cents for first-class domestic letters, five cents for foreign letters, and ten cents for special delivery.

The Trip to Town. Until the 1890s more than 75 percent of Americans lived in rural areas or small towns, and for these people collecting the mail often took a half-day trip to the nearest post office. Youngsters were some-times recruited to collect and deliver the mail. After home delivery had become a fixture in the cities, rural Americans began to think about the advantages of such service.

Political Hay. As early as 1879 small-town journalist John Stahl advocated rural free delivery, or RFD. In 1981, two years after his appointment by Republication president Benjamin Harrison, Postmaster General John Wanamaker, a self-made department-store magnate, began to champion RFD. Opponents believed that it was a poly to win votes, and even farm journals pointed out the high costs of such a vast undertaking. Wanamaker’s fellow Republications said it smacked of socialism, a charge fueled when the rural Populist movement embraced RFD as consonant with its demands for a postal savings bank and government ownership of telegraph and telephone lines.

Pro and Con. Newspapers supported RFD as a means of expanding distribution, and many farm families were excited at the prospect of receiving world news, weather forecasts, and market prices on a daily basis. The National Grange endorsed RFD in 1891, and many farmers’ alliances passed resolutions supporting it. With the help of Congressman James O’Donnell, a Republican from Michigan and a newspaperman, Wanamaker drafted a bill to send to the Congress. They asked for $6 million, but Congress voted a mere $10,000 for experimentation. Georgia Populist Tom Watson supported RFD, and in the presidential campaign of 1892 the Republicans endorsed it. After Democrat Grover Cleveland was elected, he appointed his crony Wilson Bissell to the office of postmaster general. Bissell quickly pronounced that RFD would bankrupt the nation, ignored the $10,000 already appropriated, and declined to discuss the issue further.

A Political Football. During the 1890s the farmers’ list of grievances with the federal government was a long one, and the mail-delivery system was to them plain evidence of discrimination in favor of the privileged few: bankers, manufacturers, and city dwellers. In fact some urban businessmen had their mail delivered not just once but twice a day. In 1895 Congress directed Bissell to spend $20,000 on a feasibility study and to report during the next session on extending postal service throughout the country. Bissell refused to do so and then resigned. Cleveland replaced him with the well-loved William L. Wilson of West Virginia, a former Confederate soldier, university president, and congressman. The 1896 postal appropriation amounted to $40,000, and experiments were finally conducted. That year farmers hung their hopes on presidential candidate William Jennings Bryan, a Populist who had captured the Democratic nomination with his legendary “Cross of Gold” speech opposing the gold standard as contrary to the interests of the common man. Bryan was defeated, and the farmers had to wait another six years for the beginning of gradual implementation of RFD nationwide.

RURAL FREE DELIVERY (RFD), a service designed to bring mail directly to people living in rural areas, was initiated on an experimental basis in 1896. Cities had enjoyed mail service for decades, but the cost of building a delivery network in remote areas, along with opposition from local merchants and postmasters, had delayed service to rural towns. Subscription magazines and mail-order stores had become staples for a growing middle class, and their emergence put new pressures on the federal government to expand its mail services. In addition, farmers' advocacy groups, well organized in the 1890s, amplified the call for reform.

Rep. Thomas E. Watson of Georgia, a friend of the Farmers' Alliance and vice presidential candidate for the Populists in 1896, was the author of the first free rural delivery legislation, enacted in 1893 and providing $10,000 for an experiment. (An earlier bill, based on the proposal of Postmaster Gen. John Wanamaker, would have provided $6 million, but the House Committee on Post Offices and Post Roads deemed it too expensive and killed it.) Opposition to RFD remained fierce. Service was delayed three years because of the intransigence of the new postmaster general, Wilson S. Bissell.

Congress had added $20,000 in 1894 and directed the postmaster general to make a report. The search for a postmaster general willing to start the experiment caused further delays. In the meantime, petitions poured in to Congress from local and state organizations of the National Grange and from other organizations of farmers. In 1896, Congress added another $10,000 appropriation, and Postmaster Gen. William L. Wilson, Bissell's successor, decided to test five rural routes in his home state of West Virginia. Between the autumn of 1896 and the spring of 1897, mail flowed along eighty-two pioneer routes, scattered through twenty-eight states and the territory of Arizona. Wilson laid the first routes in both sparse and populous areas, to better gauge the cost of the project. He estimated that extending the service nationally would cost between $40 million and $50 million.

After Wilson left office, Perry S. Heath, the first assistant postmaster general, and August W. Machen, superintendent of free delivery, adroit politicians who favored extension of the system, began active promotion of RFD. Securing an appropriation of $150,000 in 1898, they announced that any group of farmers wanting a mail route need only petition their congressman for it, sending a description of their communities and their roads. Congressmen were overwhelmed with petitions. In 1902, there were not more than eight thousand routes in the nation; three years later there were thirty-two thousand.

Rural free delivery—by bringing daily delivery of newspapers with coverage of national and world events, changing fashions, and market quotations and by delivering mail-order catalogs—was of major importance in breaking down rural isolation. The rural free delivery system also contributed to the development of a parcel post system and played an important part in the good roads movement. True to some of the dire predictions of its early opponents, however, RFD cut into the profits of main street retailers; brought an exotic and sometimes threatening urban culture into rural living rooms; and added to the growing sense that residents of small towns lived at the margins of a consumer economy dominated by America's biggest cities.

Direct Mail Advertising , DIRECT MAIL is a Marketing method for targeting prospective customers or contributors using personalized postal mailings. Like mail order, direct mai… Bill Clinton , Clinton, Bill Clinton, Bill 1946- Bill Clinton was the forty-second president of the United States, serving from 1993 to 2001. He was born William Je… Post Office , "Among the improvements in the United States, there is, perhaps, no one that has advanced more rapidly, or proved more extensively useful, than that… Grover Cleveland , Cleveland, Grover OF all the presidents, Grover Cleveland is unique in several ways. Only he, having been defeated in a bid for reelection, again won… Joseph Habersham , Habersham, Joseph (1751-1815) Postmaster general Washington’s Man . Appointed postmaster general by President George Washington in 1795, Joseph Haber… Mail-order House , Mail-Order Houses MAIL-ORDER HOUSES. Mail-order houses, along with department stores and chain stores, were the most important innovations in retaili…