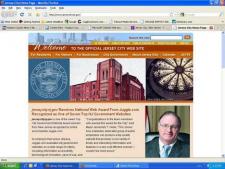 MUNICIPAL GOVERNMENT refers to the institution created by states to govern incorporated localities—particularly cities. States grant powers to municipal governments so that they might provide basic services, such as police and fire protection, as well as solve the special problems associated with urban localities, as various as affordable housing, environmental quality, and parking shortages. As with other levels of government, the powers granted to municipalities have increased dramatically over time. However, the expansion of municipal power came only as cities faced new or growing problems, and municipal officials always seemed to lack the authority or means to solve the crises that faced American cities.

Following English political traditions, many cities functioned under special city charters in the colonial era. Other cities, particularly in New England, retained their town governments, even as they grew quite large. Early municipal governments concerned themselves largely with commercial issues, administering local marketplaces and wharves, and they provided the barest of services to residents, if any at all. While colonial cities often had democratically elected aldermen, colonial governors generally appointed powerful mayors to run municipalities. By the mid-1700s, resident concerns over crime, public drunkenness, and other moral shortcomings did encourage municipal responses to urban disorder, but municipal governments continued to be a minor force in the late colonial era. America remained predominantly rural, and as late as 1750 only fourteen municipal governments existed.

After independence, national democratic trends brought more directly elected mayors and other political reforms. While state governments dominated by rural representatives continued to express concern about potential urban evils, city residents gained more say in choosing those who would govern their cities, and those who governed gradually gained more power to do so. Through the early 1800s provision of services continued to expand with the establishment of fire companies, school systems, municipal water supplies, and regular garbage collection. Only problems that posed the gravest of threats to cities received sufficient governmental attention, however. With dense concentrations of wooden structures and water supplies with limited pressure, fires posed a continuous threat to American cities. This threat led to a number of reforms, including regulating against wooden buildings, which New York City had done as early as 1776, and the creation of professional fire-fighting forces, which became common by the 1840s.

With epidemic diseases such as yellow fever and cholera causing periodic crises, municipal governments expanded efforts to control public health. Given the inadequate knowledge of how diseases spread and how to cure them, municipalities focused on prevention, particularly through the improvement of the urban environment. Since streets were the most important urban spaces, municipalities placed new emphasis on street cleaning and paving. Comments concerning the persistence of inadequate and filthy street surfaces, however, suggest the limited nature of public power to improve the urban environment in the mid-1800s. Because epidemic diseases were capable of shutting down cities—the 1849 cholera epidemic in St. Louis, Missouri, killed nearly a tenth of the city's residents—public health at least attracted the attention of municipal governments. Other urban problems, like concentrated poverty and inadequate housing, still gained little governmental attention.

As the national economy alternately boomed and busted through the decades between 1870 and 1910, municipal governments served both as scapegoats for urban problems and as the primary mechanism through which these problems could be solved. Urban populations exploded, particularly in the industrial heartland, and so too did urban problems. With large immigrant populations, particularly from southern and eastern Europe, cities faced new concerns associated with extremely diverse and dynamic populations. Immigrants poured into cramped and unsafe slums, and cities generally failed to meet the housing needs of their growing populations. Most municipal governments took little action to improve housing quality. The American conception of the proper role of municipal government failed to keep pace with the growing need for municipal regulation. At the same time, the concentration of industrial jobs in cities created a host of environmental threats, including polluted air and water, as well as occupational safety concerns. After the 1911 Triangle Shirtwaist factory fire killed 146 workers, New York City and other municipalities rewrote building codes in an effort to prevent further disasters.

This era did witness some successes. Reflecting a new understanding of the importance of parks, playgrounds, and other open spaces, most cities attempted to follow the example of New York City and its remarkable Central Park, begun in 1856. Cities around the nation created large landscaped parks, parkways, and smaller open spaces within extensive park systems. In addition, a new movement to create beautiful cities encouraged the construction of new, substantial civic buildings, and many of the nation's finest courthouses, public libraries, and city halls date from the turn of the century. To meet demands for better services, municipalities gained new means of raising taxes, and despite a series of sharp economic downturns cities proved remarkably successful in borrowing to make major improvements and in repaying those debts in a timely manner. Indeed, the safety of investing in municipal bonds suggests at least a degree of success in municipal governance.

Municipal government may be best known not for its accomplishments, but for its corruption. By the late 1800s political machines provided a sense of order in many large cities, as elected officials allied themselves with bosses who dispensed favors and reaped the benefits of kickbacks and other corruption. The boss system provided some benefits to otherwise underrepresented groups, perhaps most famously providing municipal jobs to Irish immigrants in Eastern cities. Still, bossism became notorious for the corruption upon which it was built. In addition, as its opponents liked to point out, bossism subverted democracy within cities, as urban elections were often decided through the dispensation of cash, gifts, and alcohol.

Perhaps due in part to perceptions of municipal corruption, as well as revulsion to the increasingly diverse and impoverished urban population, many wealthier communities on the edges of cities chose not to join municipalities through annexation. In deciding to create or keep their own local governments, these suburbs sought to keep out the disorder of the city simply by choosing not to join with it. By the early twentieth century the permanent incorporation of suburban municipalities impeded the growth of central cities and contributed to the developing distance between wealth and poverty in American metropolises. Despite boss control in many American cities and increasing difficulties in expanding city boundaries, however, the creation of park commissions, police and fire commissions, boards of health, and boards of education, spoke to the growing complexity of municipal governance, and to the complexity of cities themselves.

In another era of dramatic urban change, from the 1960s through the 1980s, municipal government again attracted considerable attention. In this era, however, rapid urban decline, particularly in older industrial cities, stressed municipal budgets and challenged urban leadership. With increasingly concentrated poverty, rising crime rates, and a series of drug epidemics, municipal governments from Boston to Detroit to Los Angeles found themselves confronting intractable problems. As wealth flowed out of central cities and into suburbs, many large municipalities found their tax bases dwindling. Greater concentrations of African Americans did allow the rapid increase of minority mayors, including Maynard Jackson in Atlanta and Coleman Young in Detroit, both elected in the 1970s. Still, many of America's finest cities, including New York City and Washington, D.C., faced real crises. Congress responded by passing legislation that allowed the federal government to bypass municipalities in offering its own solutions, but federal education, housing, and antipoverty programs proved largely ineffective and often problematic. For example, huge housing projects designed and funded by the Department of Housing and Urban Development (HUD), created in 1965, generally left municipalities with the many problems associated with concentrated poverty. By the 1990s federal funds funneled through HUD helped demolish many of these high-rise projects, clearing the way for mixed-income housing and more open space.

By the 1980s and 1990s, many central-city governments sought revitalization by creating amenities designed to attract middle-class residents and visitors. Often taking on large debts and passing special taxes, municipal governments pumped billions of dollars into stadiums, malls, and their failing school systems in an attempt to stem the movement of people and money into more and more distant suburbs. Improvements in Baltimore's Inner Harbor and Cleveland's Flats, for example, suggested that city governments might tap the great potential that lay in postindustrial landscapes.

Suburban Governance and the Metropolis

While many central cities declined in the late twentieth century, suburban municipalities around the nation found themselves challenged by the problems of success: managing growth, providing adequate transportation infrastructure, and building schools for burgeoning populations. As many suburban communities began to look more and more like cities, their governments sought expanded powers to solve existing or anticipated problems. In increasingly complex metropolitan regions, some with more than one hundred different municipal governments, regional planning proved challenging, if not impossible. With neighboring municipalities competing for jobs and development, local governments made promises of tax abatements and infrastructure improvements, all to the benefit of employers but often to the detriment of residents. By the end of the twentieth century, fragmented metropolitan governance ensured the persistence of transportation, housing, and environmental problems in America's urban regions.

Municipal Ownership , MUNICIPAL OWNERSHIP refers to city government's control and operation of property, services, and systems. In the late 1800s and early 1900s the term… Cities And Towns , Towns Towns have usually accommodated great social diversity, making them places of magnificent human achievements as well as sometimes-violent strug… City , City In biblical Hebrew, as in other Semitic languages, a single word, ʿir (עִיר, rendered in this article as "city"), is used usually to designate a… Suburbs , The development of suburbs—residential communities on the outskirts of cities—was one of the most dominant features of American life in the twentieth… Tenements , TENEMENTS. The New York City Tenement House Act of 1867 defined a tenement as any rented or leased dwelling that housed more than three independent f… Dublin , Dublin Dublin, the capital city, is located on the east coast of Ireland, on both sides of the River Liffey along a wide sweeping bay with mountains…