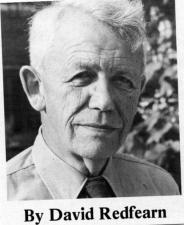 SINGLE TAX. The single tax is the name of a levy proposed by Henry George in his book Progress and Poverty, published in 1879. In place of all other taxes, George advocated a single tax that would appropriate for government use all rent on land. His proposal was intended as much more than a mere fiscal device; it was set forth as a vehicle for social reform.

On the ground that land was a gift of nature, not a product of human effort, George condemned private ownership of land, which he considered the cause of economic and social ills. Land values, he held, were attributable to social or community factors. The state, therefore, and not the individual, should be the beneficiary of these values and any increases therein. The single tax, George wrote, would do no less than abolish poverty, elevate morals, and "carry civilization to yet nobler heights." George was undoubtedly influenced by his years in California, where he had observed the speculation in land and the rapid rise in land values following the gold rush of 1849. He was not content merely to expound his views in writing. He made his single-tax plan the core of his unsuccessful campaigns for mayor of New York City in 1886 and 1897.

The single-tax program had but limited acceptance in the United States despite vigorous attempts to promote it through political campaigns, legislative action, and general publicity. The single-tax cause was aided by large financial contributions from the philanthropist Joseph Fels. In California in the early twentieth century, the single-tax plan came before the voters on seven occasions; each time it was rejected. Agitation for the single tax, or for a partial application of it, was also carried on in Oregon, Washington, Colorado, Missouri, New York, Pennsylvania, and Texas.

Land Tax , land tax is an indirect tax levied on the value of land and often forms part of wider property taxation. In Roman times the provinces relied upon lan… Trust Companies , In 1898 the U.S. Supreme Court declared the income tax unconstitutional. It had been levied as part of the Wilson–Gorman Tariff Act (1894) and taxed… Tax Exemption , tax-ex·empt • adj. not liable or obligated to pay taxes: the foundation has applied for tax-exempt status. ∎ bearing interest on which no taxes are i… Income Tax , An income tax is a portion of an individual or business’s earnings that is collected by the government. The income tax is charged, or levied, as a pe… Tax Returns , Tax returns include all the required paperwork that accompanies the remittance of taxes to the appropriate government agencies, the largest of these… Tax Rates , FLAT TAX PROVISION (ISSUE) A flat tax taxes everybody at the same tax rate. A graduated tax taxes at different tax rates. In the late-1990s flat tax…