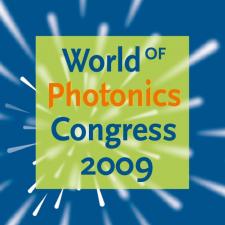 By the 21st century, photonics was on the cusp of unseating electronics as the optimal and revolutionary science underlying cutting-edge telecommunications and computing technology. The primary thrust of photonics research in the 1990s and early 2000s was toward the fiber-optic networking for use in telecommunications, particularly to accommodate rapidly escalating demand for Internet bandwidth. In these and other industries, photonics was poised as the next-generation technology that would transform the speed, clarity, and manner in which data is transmitted and stored, and, in the process, create a vibrant market in its own right.

Photonics is the science of generating and harnessing light and other radiant energy sources to provide power to technology. At the base of photonics communications is the optical fiber, a miniscule, lightweight, durable conduit for light signals. Photons, the unit of measure of this energy, are uncharged particles of light. As a result, photons are unaffected by electromagnetic forces, thereby enhancing the flexibility of the medium. Unlike electrons, the driving force behind electronics, photons do not require any copper wires or other barriers to keep them from interacting with one another; crossing and mingling photons have no adverse interactions whatsoever, where clashing electronics results in signal confusion and noise. Electronic chips, meanwhile, may have tremendous carrying capacity, but only a limited number of wires can actually connect with it to transport the electronically beamed transmission. As a result, electronic systems increasingly harbor more information than they have the capacity to transmit, resulting in transmission bottlenecks, whereby the traffic literally clogs up as signals filter through the limited space available to pass through.

Photonic systems greatly expand the amount of bandwidth available; photonic transmissions are measured in trillion hertz (terahertz), compared with less than 10 billion hertz (gigahertz) used to measure electronics. Moreover, photonic systems were doubling their carrying capacity roughly every nine months, although this acceleration was necessary to keep pace with rapidly growing Internet traffic. Generally, photons are transmitted through fiber-optic cables, although it is possible to send photons beaming in any direction, which allows for a number of interconnected data channels to work in harmony. The information travels on independent wavelengths of light. Fiber amplifiers, doped with erbium, renew the strength of the original signal, which inevitably weakens as it travels over miles of optical fiber. The potential for materials-cost savings with photonics thus presents a particularly attractive alternative to electronics for telecommunications companies. The materials photonics systems do incorporate include lasers, fiber optics, optical and electro-optical instruments, and advanced hardware and software, all of which work in concert to transmit, relay, detect, amplify, and store light carrying information in some form.

Photonics research dates back to the early 1950s, when the primary means of generating photonic power was through harnessing light from the sun and from mercury arc lamps, both of which proved unsuccessful. Experiments with laser technologies in the 1960s also disappointed, as the relatively high generation of heat in photonics, coupled with the lack of adequate materials, rendered photonics applications impractical. However, as laser technology improved, particularly by bringing the temperature down to room level, photonics research picked up again. As scientists developed optical fibers and semiconductor lasers in the 1970s, telecommunications specialists began to covet the possibilities of high-speed data transmission that photonics could bring about.

Where photons suffer by comparison to electrons is in their malleability. Because electrons have a charge, simply applying a voltage makes them easy to manipulate. As a result, routing electrons toward a specific destination or containing them to provide fuel for storage is relatively simple. Not so with photons. Absent any charge, they are difficult to control, as they tend to scatter in random directions when they are routed around a corner. So while sending photons long distances, say from New York to Seattle, is simple and much faster and more efficient than sending electrons, having some of the photonic signals stop at local neighborhoods along the way or routed to another destination such as Dallas, is relatively difficult, and thus must be converted to electrons before they make the turn.

To correct for this disadvantage, scientists were hard at work developing systems designed to squash the wavelength of light as tightly as possible. Using these waveguides, the flow of photons through integrated optical circuits is brought as much as possible under control, making it simpler to route signals in different directions without compromising the integrity of the original signal.

Generally, all-optical networks were beyond the reach of network operators in the early 2000s, though that was changing quickly as optical switching technology matured and became more affordable, promising an all-optical network in the near future. In the meantime, however, photonic transmissions require nonoptical means of instilling information onto light-waves, and so most photonic circuits and switches still rely heavily on electronics. Pending the development of all-optical networks, operators generally implement hybrid systems incorporating photonics and electronics to create optoelectronic systems. As long as that's the case, the true promise of photonics won't be realized, simply because the conversion between photonics and electronics that the technology currently requires takes time, slowing down the transmission.

Moreover, as photonic technology matures, it puts greater strain on the more limited electronic systems, and electronics find it harder and harder to keep up. Meanwhile, however, the existing bottlenecks that arise as a result of the conversion back and forth between electrons and photons were greatly alleviated by the development of dense wavelength-division multiplexing (DWDM), which dramatically increases the amount of signal that can a single fiber can carry by pumping several laser pulses simultaneously down a single optical fiber.

While DWDM can squeeze many signals onto a single fiber, there was a limit to just how many light-waves a single fiber could support, simply because the shrinking of the wavelength required by DWDM can only go down as far as the wavelength of visible light. Therefore, electronic switches and conversions remain necessary until the time when photonic switches ripen into maturity, and simply laying more optical fiber becomes an optimal solution, since it will no longer run against the bottlenecks created by the conversion to electronics. Scientists pinned much of their hopes for future photonics development on the perfected photonic crystal, a chip that will transmit and bend light, making it turn corners with minimal compromise of the original light signal. Though the technology to bend lightwaves exists, the photonic chip remains a goal rather than a reality.

It's not only speed that will be improved at the user end via the widespread adoption of photonic networks. With the boosted bandwidth available via all-optical networks and, eventually, photonic microprocessors, the Internet will likely open the floodgates for other technologies that have been stalled at the gates for years, particularly holography and instant video transmissions akin to voice phone calls. Without creating tremendous bottlenecks, Internet shoppers may one day be able to view clear three-dimensional images of the car they're thinking of purchasing and talk to friends and business associates with a video picture accompanying their voice, all of which will be interactive with other computer operations such as file and software downloads, transactions, and so on. Viewing entire films over the Web, in perfect clarity and without gaps or choppiness, will become a feature available to the average Internet user without tying up Internet traffic for others.

Salamone, Salvatore. "An Awful Lot of Vendors and Providers Are Seeing the Light, and It's Coming from Photonic Switches." tele.com, May 1, 2000.

Cytochrome , Cytochromes are electron-transporting protein pigments concerned with cell respiration that contain an iron-containing molecule called heme, allied t… Ernst Ruska , Ruska, Ernst (1906-1988) Ruska, Ernst (1906-1988) German physicist The inventor of the electron microscope , Ernst Ruska, combined an academic career… Particle , In day-to-day usage, the term particle is used to describe very small objects. Physicists use the term particle in a more precise way: they use it to… Electronic , e·lec·tron·ic / ilekˈtränik; ˌēlek-/ • adj. 1. (of a device) having or operating with the aid of many small components, esp. microchips and transisto… Electron Microscopy , The scanning electron microscope (SEM) is an important tool in modern forensic science due to its wide range of applications. SEM allows the rapid an… Leds , Light-Emitting Diode (LED) Background Light-emitting diodes (LEDs)—small colored lights available in any electronics store—are ubiquitous in modern s…