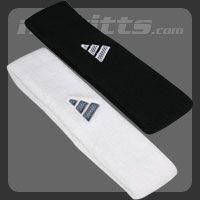 Acrylic plastic refers to a family of synthetic, or man-made, plastic materials containing one or more derivatives of acrylic acid. The most common acrylic plastic is polymethyl methacrylate (PMMA), which is sold under the brand names of Plexiglas, Lucite, Perspex, and Crystallite. PMMA is a tough, highly transparent material with excellent resistance to ultraviolet radiation and weathering. It can be colored, molded, cut, drilled, and formed. These properties make it ideal for many applications including airplane windshields, skylights, automobile taillights, and outdoor signs. One notable application is the ceiling of the Houston Astrodome which is composed of hundreds of double-insulating panels of PMMA acrylic plastic.

Like all plastics, acrylic plastics are polymers. The word polymer comes from the Greek words poly, meaning many, and meros, meaning a part. A polymer, therefore, is a material made up of many molecules, or parts, linked together like a chain. Polymers may have hundreds, or even thousands, of molecules linked together. More importantly, a polymer is a material that has properties entirely different than its component parts. The process of making a polymer, known as polymerization, has been likened to shoveling scrap glass, copper, and other materials into a box, shaking the box, and coming back in an hour to find a working color television set. The glass, copper, and other component parts are still there, but they have been reassembled into something that looks and functions entirely differently.

The first plastic polymer, celluloid, a combination of cellulose nitrate and camphor, was developed in 1869. It was based on the natural polymer cellulose, which is present in plants. Celluloid was used to make many items including photographic film, combs, and men's shirt collars.

In 1909, Leo Baekeland developed the first commercially successful synthetic plastic polymer when he patented phenol formalde-hyde resin, which he named Bakelite. Bakelite was an immediate success. It could be machined and molded. It was an excellent electrical insulator and was resistant to heat, acids, and weather. It could also be colored and dyed for use in decorative objects. Bakelite plastic was used in radio, telephone, and electrical equipment, as well as counter tops, buttons, and knife handles.

Methyl methacrylate is the basic molecule, or monomer, from which polymethyl methacrylate and many other acrylic plastic polymers are formed. The chemical notation for this material is CH2=C(CH3) COOCH3. It is written in this format, rather than the more common chemical notation C5H8O2, to show the double bond (=) between the two carbon atoms in the middle. During polymerization, one leg of this double bond breaks and links up with the middle carbon atom of another methyl methacrylate molecule to start a chain. This process repeats itself until the final polymer is formed. (See Figure 1)

Other similar monomers such as methyl acrylate [CH2=CHCOOCH,] and acrylonitrile [CH2=CHCN] can be joined with methyl methacrylate to form different acrylic plastics. (See Figure 2) When two or more monomers are joined together, the result is known as a copolymer. Just as with methyl methacrylate, both of these monomers have a double bond on the middle carbon atoms that splits during polymerization to link with the carbon atoms of other molecules. Controlling the proportion of these other monomers produces changes in elasticity and other properties in the resulting plastic.

Acrylic plastic polymers are formed by reacting a monomer, such as methyl methacrylate, with a catalyst. A typical catalyst would be an organic peroxide. The catalyst starts the reaction and enters into it to keep it going, but does not become part of the resulting polymer.

Acrylic plastics are available in three forms: flat sheets, elongated shapes (rods and tubes), and molding powder. Molding powders are sometimes made by a process known as suspension polymerization in which the reaction takes place between tiny droplets of the monomer suspended in a solution of water and catalyst. This results in grains of polymer with tightly controlled molecular weight suitable for molding or extrusion.

Acrylic plastic sheets are formed by a process known as bulk polymerization. In this process, the monomer and catalyst are poured into a mold where the reaction takes place. Two methods of bulk polymerization may be used: batch cell or continuous. Batch cell is the most common because it is simple and is easily adapted for making acrylic sheets in thicknesses from 0.06 to 6.0 inches (0.16-15 cm) and widths from 3 feet (0.9 m) up to several hundred feet. The batch cell method may also be used to form rods and tubes. The continuous method is quicker and involves less labor. It is used to make sheets of thinner thicknesses and smaller widths than those produced by the batch cell method.

The storage, handling, and processing of the chemicals that make acrylic plastics are done under controlled environmental conditions to prevent contamination of the material or unsafe chemical reactions. The control of temperature is especially critical to the polymerization process. Even the initial temperatures of the monomer and catalyst are controlled before they are introduced into the mold. During the entire process, the temperature of the reacting material is monitored and controlled to ensure the heating and cooling cycles are the proper temperature and duration.

Acrylic plastics manufacturing involves highly toxic substances which require careful storage, handling, and disposal. The polymerization process can result in an explosion if not monitored properly. It also produces toxic fumes. Recent legislation requires that the polymerization process be carried out in a closed environment and that the fumes be cleaned, captured, or otherwise neutralized before discharge to the atmosphere.

Acrylic plastic is not easily recycled. It is considered a group 7 plastic among recycled plastics and is not collected for recycling in most communities. Large pieces can be reformed into other useful objects if they have not suffered too much stress, crazing, or cracking, but this accounts for only a very small portion of the acrylic plastic waste. In a landfill, acrylic plastics, like many other plastics, are not readily biodegradable. Some acrylic plastics are highly flammable and must be protected from sources of combustion.

The average annual increase in the rate of consumption of acrylic plastics has been about 10%. A future annual growth rate of about 5% is predicted. Despite the fact that acrylic plastics are one of the oldest plastic materials in use today, they still hold the same advantages of optical clarity and resistance to the outdoor environment that make them the material of choice for many applications.

How Products Are Made Dorman, Evelyn; Cavette, Chris

Foam Rubber , Background Foam rubber is found in a wide range of applications, from cushioning in automobile seats and furniture to insulation in walls and applian… Baking Powder , Baking powder is a solid mixture that is used as a chemical leavening agent in baked goods. It can be composed of a number of materials, but usually… Fiberglass , Background Fiberglass refers to a group of products made from individual glass fibers combined into a variety of forms. Glass fibers can be divided i… Indigo , Indigo Background Indigo, or indigotin, is a dyestuff originally extracted from the varieties of the indigo and woad plants. Indigo was known through… Pyrex , Background Pyrex glass is a borosilicate glass first produced by The Corning Glass Works company. It is made by heating raw materials like silica san… Slime , Slime Background Slime is a unique play material composed of a cross-linked polymer. It is classified as a liquid and is typically made by combining…