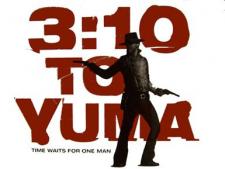 Yuma (yōō´ mə), city (1990 pop. 54,923), seat of Yuma co., extreme SW Ariz., on the eastern bank of the Colorado River near the confluence of the Gila River; founded 1854, inc. as a city 1914. It is a major trade center of an extensive farm area irrigated by the Yuma project. The project has turned more than 100,000 acres (40,470 hectares) of desert into a fertile farm region known for its cattle, citrus fruits, melons, winter vegetables, grains, and cotton. Paper products, machinery, construction materials, toys, and chemicals are manufactured. Two nearby military installations contribute to the city's economy—the sprawling Yuma Proving Ground and a U.S. Marine Corps air station.

Early missions were built in the area by Fathers Eusebio Kino and F. T. H. Garcés; however, settlement did not occur until after Fort Yuma was built (1850) to protect overlanders on the route to California. After 1858, Yuma was a river port and the center of a gold-mining boom. Points of interest in the area include Fort Yuma (on the west bank of the river), the territorial prison (built 1875; now a museum), St. Thomas Mission (16th cent.), three dams on the Colorado River, and the California sand dunes.

Yuma (yōō´ mə), Native North Americans whose language belongs to the Yuman branch of the Hokan-Siouan linguistic stock (see Native American languages). Also known as the Quechan, they formerly ranged over a large area in SW Arizona. Although a powerful group, the Yuma suffered much in warfare with the Maricopa, the Pima, and other tribes. In 1853 they numbered some 3,000. A reservation was created for them in 1883, but the next year they were removed to the California side of the Colorado River; they formally surrendered their lands to the United States in 1886. Today the remainder of the group lives on the Fort Yuma reservation in California and Arizona, numbering 1,160 in 1990.