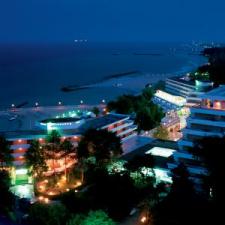 oxford
views updated
Constant̨a City in e Romania, on the Black Sea. Founded in the 7th century bc as a Greek colony. It is Romania's chief port and a major trade centre. It has Roman and Byzantine ruins, several mosques, and a naval and air base. Industries: shipbuilding, oil refining, textiles. Pop. (2002 est.) 337,800.