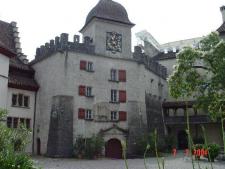 The Phoenix Islands were visited between 1823 and 1840 by British and American explorers, but most of them were annexed by Great Britain in the late 19th cent. After the United States took over Howland and Baker islands in 1935, Britain included (1937) the Phoenix group in the Gilbert and Ellice Islands colony. In 1938 the United States claimed sovereignty over Kanton and Enderbury, and in 1939 Britain and the United States agreed to exercise joint control over the two islands for a period of 50 years.

Previously uninhabited, Orona, Manra, and Nikumaroro islands were colonized with people from the overcrowded Gilbert Islands between 1938 and 1940. By 1963, however, the three settlements had failed and the entire population was moved to the Solomon Islands. In 2006 the waters (73,800 sq mi/184,700 sq km) surrounding the islands were made a protected area and commercial fishing was banned; the protected area was expanded in 2008.

Kanton (kăntŏn´, kăn´tŏn), coral atoll, 3.5 sq mi (9 sq km), central Pacific, largest of the Phoenix Islands, which comprise part of Kiribati, c.2,000 mi (3,220 km) SE of Honolulu, Hawaii. Annexed by the British at the end of the 19th cent., the island was also claimed by American guano companies. In 1937 the British built a radio station on Kanton, but in 1938 the United States formally claimed the island and placed it under the Dept. of the Interior. British and American colonists were brought to Kanton in 1938 but were evacuated during World War II. In 1939 both Great Britain and the United States agreed on joint control of Kanton and nearby Enderbury Island. In 1979, Kanton (then Canton), along with the remainder of the Phoenix Islands, became independent as part of the Republic of Kiribati. Kanton is also known as Abariringa.