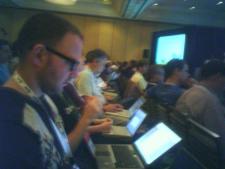 John Gregg Fee (1816-1901) was an unusual American abolitionist, for he carried out his agitation in a border state, where slavery was legal and antiabolitionist feelings ran strong.

John Fee was born in Bracken County, Ky., on Sept. 9, 1816. His father was a land and slave owner of enough means to support Fee's studies at Miami and Augusta colleges. Religiously inclined, Fee entered Lane Theological Seminary in 1842. Like a great many Protestant schools of the time, Lane was full of antislavery feeling, and the moralistic appeal of abolitionism made Fee an ardent enemy of slavery. Kentucky was not dominated by the extreme anti-Northern feeling that characterized the cotton states, and Fee found some local followers. But this was still the South: for his antislavery stand Fee was disinherited by his family, and the two churches to which he ministered were ostracized by other clergymen. Even Northern abolitionists were abused by rowdy crowds during the 1840s, but Fee found himself "shot at, clubbed, stoned."

By 1853 Fee felt obligated to move to Berea, Ky., where he became pastor of Berea Union Church and in 1855 founded the abolitionist school that became Berea College. He drew generous financial support from wealthy Northern sympathizers like Lewis Tappan, and he continued to sponsor abolitionist meetings, but local hostility hardly abated. In 1859, in the wake of John Brown's uprising at Harpers Ferry, Va., it was rumored that Fee had received a box of rifles and intended to launch a slave rebellion in Kentucky. He fled Berea for the North.

Fee was back in Kentucky by 1863, acting as chaplain to a detachment of African American Union soldiers at Camp Nelson. But his exile from Berea ended only after the war, when he resumed his positions as pastor and trustee of Berea College. Fee retired to a relatively quiet life; he died on Jan. 11, 1901.

Not so well known as William Lloyd Garrison or Wendell Phillips, Fee was an indefatigable and indispensable part of the abolitionist movement, which eventually resulted in the emancipation of 3 million slaves. A fanatic by one standard, other ages would have seen him as a steadfast, righteous man of principle who would sacrifice all to his beliefs.

Fee's Autobiography (1891), which is difficult to secure and just as difficult to read, is the most comprehensive source for his life. Elisabeth Peck, Berea's First Century, 1855-1955 (1955), includes some interesting material on Fee's activities. Louis Filler, The Crusade against Slavery, 1830-1860 (1960), has little on Fee specifically but helps to place him in context.