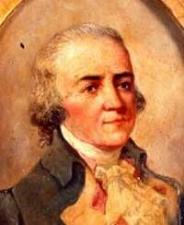 Born in Paris on Sept. 14, 1739, Pierre Samuel du Pont was the son of Samuel du Pont, a master watchmaker, and Anne Alexandrine de Montchanin, member of a derogated noble family. After becoming a watchmaker and dabbling in medicine, he turned to letters as a means of attaining recognition. In 1763 he was introduced to François Quesnay, whose physiocratic thought greatly influenced him.

In Du Pont's early works—Of the Exportation and Importation of Grains (1763), Physiocracy (1767), and Of the Origin and the Progress of a New Science (1767)—he stated the core ideas of his thinking. He believed in a presocial natural order in which man had rights and duties based on the physical necessities of life. Man had propertorial rights over his life and possessions; his duties were to supply his own and others' needs and to respect others' rights and property. From these assumptions followed the belief that the natural source of wealth was land, and the labor and commerce associated with agriculture. All other forms of industry were secondary and related to luxury, which detracted from the expansion of agriculture and the accumulation of wealth. Du Pont believed that society should discourage nonproductive industries and free agriculture from all unnatural restraints. Good government, therefore, should work to eliminate custom barriers and excessive and unproductive taxation, which inhibited the growth of agriculture and trade. He also held that only hereditary monarchy could ensure the proper use of natural resources.

In 1774 Du Pont was appointed inspector general of commerce under his close friend A. R. J. Turgot, whom he served primarily as private secretary. With the fall of Turgot in 1775, Du Pont went into retirement at his estates near Nemours. There he finished drawing up Turgot's Memoir on Municipalities (1776), which in modified form served as the basis for some of the reform proposals of later ministers. Since there is no way of knowing how much of the Memoir was actually the work of Du Pont, there may be some justification in his claim that the bulk of later reform proposals were actually based on his ideas. It is known, however, that his role in the commercial treaties of 1783 and 1786 was considerable.

During the Assembly of the Notables (1787), Du Pont served as second secretary of the meetings—a privilege he was granted because he had been ennobled in 1783 for his services to the Crown. With the failure of the Notables, he became active in the Revolutionary movement and in 1789 was elected to represent the Third Estate from Nemours. As a member of the Constituent Assembly, he served on 11 economic committees. Du Pont was a moderate Revolutionary who believed reform should go no further than was absolutely necessary to ensure the realization of physiocratic principles. He advocated the separation of powers in government, a bicameral legislature, and a strong monarchy.

His views earned him the disfavor of most of the leaders of the Revolution, and Du Pont retired from public life in 1791. Chosen to sit in the Council of Elders in 1795, he was in constant opposition to the policies of the Directory and was proscribed in 1797, being suspected of royalism. He then resigned from the Elders and turned his thoughts to America, which he considered "the only asylum where persecuted men can find safety." He traveled to America in 1799 to introduce physiocratic ideas into the young republic.

On his return to France in 1802, Du Pont played an intermediary role in the Louisiana Purchase and was later elected to the Paris Chamber of Commerce. He did not, however, find favor with Napoleon, and his ambition of election to the Imperial Senate was never realized. In 1814 he supported the restored Bourbon monarchy, viewing the Charter of 1814 as similar to his own proposals of 1789. Napoleon's return from exile prompted Du Pont to flee to America, where he spent the last years of his life in retirement at his son's powder plant in Delaware. He died on Aug. 7, 1817, after a brief illness.

A full-length study is Ambrose Saricks, Pierre Samuel du Pont de Nemours (1965). A profile of Du Pont is the older, but useful work by Henry Higgs, The Physiocrats: Six Lectures on the French Économistes of the 18th Century (1896; repr. 1963). For general background see Peter Gay, The Enlightenment (2 vols., 1966-1969).