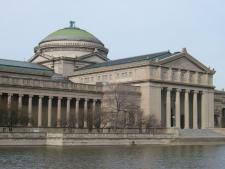 Julius Rosenwald was born in Springfield, Ill., on Aug. 12, 1862. He was active in the wholesale clothing business from 1879 until he joined Sears, Roebuck in 1895, just as the modern history of the company began. Rosenwald became vice president and owner of one-third of the company's stock.

Rosenwald succeeded Richard Warren Sears as president of Sears, Roebuck in 1908. As chief executive, he emphasized administration, system, and order. He was a careful merchandiser concerned with merchandise selection and restrained selling. He had great faith in the mail-order business and looked for long-run advantages. The company expanded enormously and entered the retail chain-store business during the years Rosenwald was a dominant figure.

In 1916 Rosenwald testified on wage policy for sales clerks before the Illinois Senate Committee on Vice. A highly successful profit-sharing plan for Sears, Roebuck employees instituted in 1916 was partly his achievement.

However, the Panic of 1920-1921—when wholesale and retail prices declined precipitously—caught Sears, Roebuck with an excessive inventory bought at high prices during World War I. To bail the company out, Rosenwald advanced money to Sears, Roebuck in 1921, though he was under no legal or moral obligation to act in this fashion. He ended his term as president in 1924 and became chairman of the board of directors, a position he held until he died.

Rosenwald was active in public service between 1916 and 1919 and was absent from his company's affairs for about the same time. He was appointed a member of the Council of National Defense and chairman of its committee on supplies. Philanthropy became more important to him after the Panic of 1920-1921. Rosenwald's philanthropy aimed at social welfare, and his donations benefited the Young Men's Christian Association and the Young Women's Christian Association, among other agencies. He was also active in a variety of Jewish organizations.

The most distinctive feature of Rosenwald's philanthropy was his interest in African Americans; the breadth of his involvement was unmatched by any other contemporary philanthropist. The Julius Rosenwald Fund, organized in 1917, stressed education and aided all levels of education from grade school to the university. Rosenwald also aided the National Urban League. His gifts on behalf of African Americans served as a stimulant to other donors. He died in Chicago on Jan. 6, 1932.

Morris R. Werner, Julius Rosenwald: The Life of a Practical Humanitarian (1939), a general biography, provides some material on Sears, Roebuck but focuses on Rosenwald's philanthropic interests. Boris Emmet and John E. Jeuck, Catalogues and Counters: A History of Sears, Roebuck and Company (1950), places Rosenwald in the context of his enterprise. An account of Rosenwald's foundation is Edwin R. Embree and Julia Waxman, Investment in People: The Story of the Julius Rosenwald Fund (1949). Henry Allen Bullock, A History of Negro Education in the South (1967), notes Rosenwald's philanthropic role in African American education.