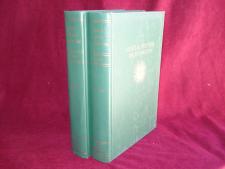 Collis Potter Huntington (1821-1900), American railroad builder, was a promoter and manager of the Central Pacific Railway and was prominent later in the Southern Pacific Company.

Collis P. Huntington was born on Oct. 22, 1821, at Harwinton, Conn. His early life was hard. At the age of 14 he left school and went to work. A year later he migrated to New York City, where he arranged to sell watches in the South. He gradually acquired enough capital to open a general store in Oneonta, N.Y., which was very successful. In 1849, after the California gold strike, Huntington decided to go west and try his luck. After a oneday fling at mining, he opened a store in Sacramento, specializing in mining supplies.

Good fortune smiled on Huntington in 1860, when Theodore Judah, an engineer, convinced Huntington, Leland Stanford, Mark Hopkins (Huntington's store partner), and Charles Crocker of the practically of a railroad from Sacramento across the Sierra Nevada. This line would be part of a transcontinental route linking East and West. The U.S. Congress chartered the railroad in 1862 and authorized construction in both directions. Huntington's group, the Central Pacific, built eastward from California, while the Union Pacific pushed westward from Omaha, Nebr. The two met at Promontory Point, Utah, on May 10, 1869. Most of the construction had been financed by government loans, and Huntington made huge profits by controlling the Central Pacific's construction company.

After completing the transcontinental railroad, Huntington's group constructed tracks to southern California and eventually to El Paso, Tex., and to New Orleans, which virtually constituted a second transcontinental route. In 1884 the various companies were merged into the Southern Pacific Company.

Huntington served in several capacities with the Southern Pacific. As its financial agent, he sold the company's stocks and bonds and arranged bank borrowing. During the depression of the 1870s the system remained viable because of Huntington's abilities. He also acted as the railroad's lobbyist in Washington, where he successfully blocked efforts to secure aid for a potential competitor, the Texas and Pacific.

Huntington also controlled the Chesapeake and Ohio Railroad from 1869 until the 1890s. He was involved with the Pacific Mail Steamship Company and several other steamship firms. In 1890 he replaced Stanford as president of the Southern Pacific. Huntington died on Aug. 13, 1900, near Raquette Lake, N.Y.

Lewis, Oscar, The big four: the story of Huntington, Stanford, Hopkins, and Crocker, and of the building of the Central Pacific, New York: Arno Press, 1981, 1938. □