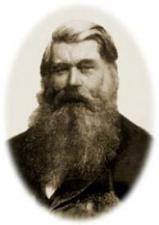 oxford
views updated
Swan, Sir Joseph Wilson (1828–1914). Born at Sunderland and educated in local schools, Swan was apprenticed to a local pharmacist. In his spare time he carried out electrical and other experiments. He attended lectures and read scientific books and journals at the Sunderland Athenaeum, before moving to Newcastle upon Tyne, where he became a partner in a pharmacy. A photographic business and a scientific instruments department were soon added. Swan invented an improved photographic printing technique, the ‘Carbon Process’ (1864) and the ‘Bromide Paper’ (1879), which is still in use. In December 1878 and February 1879 he demonstrated his first incandescent electric bulbs. To provide his lamp filaments, Swan invented the first synthetic fibre. Legal disputes between the Swan and Edison lighting interests were solved by creating a joint venture. Swan lived in the south of England from 1883; he received many honours, including fellowship of the Royal Society in 1894 and a knighthood in 1904.