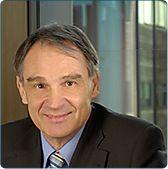 German physicist Gerd Binnig (born 1947) won a portion of the Nobel Prize for Physics in 1986 for his part in the invention of the scanning tunneling microscope (STM). He also invented the atomic force microscope, which launched a new field of microscopy, in 1985. Without Binnig's contributions, there would be no nanotechnology as we know it today.

Born in Frankfurt, West Germany, on July 20, 1947, Binnig was the son of Ruth Bracke Binnig, a drafter, and Karl Franz Binnig, a machine engineer. World War II was so newly over that Binnig and his friends played among the ruins of buildings in his demolished neighborhood. Precocious and bright, Binnig had decided on a career in physics by age ten, although he recalls not really knowing what that entailed. He went to primary and secondary public schools in Frankfurt, where he first began to learn what physics was all about.

As a young man, Binnig pursued a strong interest in music, having been exposed to classical music at an early age. He began playing violin at age 15 and although he did not develop a great talent, he enjoyed playing in the school orchestra nonetheless. Influenced by his older brother's immersion in such bands as the Rolling Stones and the Beatles, Binnig played in a rock band with friends and even wrote some of his own music. However, as time passed, he went back to his early interest in physics and became more serious about studying the subject. He eventually earned a diploma and a doctorate in physics from Johann Wolfgang Goethe University in Frankfurt.

Immediately after receiving his doctorate for work on superconductivity in 1978, Binnig joined the staff of the research laboratory operated by International Business Machines (IBM) in Zurich, Switzerland. Rohrer had been at the IBM lab since 1963 and also had a background in superconductivity. Together Binnig and Rohrer, who Binnig later credited with "fully restoring my somewhat lost curiosity in physics," became interested in exploring the characteristics of the surface of materials.

At first they tried using spectroscopy, a specialized tool that allows the identification of matter by the way its molecules emitted or absorbed radiation, to look at miniscule areas on extremely thin films. This was a challenging proposition: the atomic structure of the surface of a solid differs from the atomic structure of the solid's interior in that atoms on the surface can interact only with atoms at, on, and immediately below the surface, making surface structures astoundingly complex. In the words of physicist Wolfgang Pauli, quoted by Binnig and Rohrer in the introduction to their description of the STM in Scientific American (August 1985), "The surface was invented by the devil." Frustrated, the scientists turned to another possibility.

Binnig and Rohrer began to explore a phenomenon of quantum mechanics known as tunneling. Quantum mechanics had earlier revealed that the wavelike nature of electrons permits them to escape the surface boundary of a solid—they "smear out" beyond the surface and form an electron cloud around the solid. Electrons can "tunnel" through touching and overlapping clouds between two surfaces. Ivar Giaever of General Electric verified this experimentally in 1960. Binnig had investigated tunneling in superconductors during his graduate studies. Now he and Rohrer decided to make electrons tunnel through a vacuum from a sample solid surface to a sharp, needlelike probe. This proved surprisingly easy to accomplish: as the needle tip approaches within a nanometer (one billionth of a meter) of the sample, their electron clouds touch and a tunneling current starts to flow. The probe's tip follows this current at a constant height above the surface atoms, producing a three-dimensional map of the solid's surface, atom by atom.

In order to insulate their microscope against the serious problem of distorting vibration and noise, Binnig and Rohrer made a series of technical advances that included the creation of a probe tip consisting of a single atom. The colleagues and their research team soon demonstrated practical uses of the STM, revealing the surface structure of crystals, observing chemical interactions, and scanning the surface of DNA (deoxyribonucleic acid) chains. Using the STM, Binnig became the first person to observe a virus escape from a living cell. They soon realized that they had invented the first microscope powerful enough to let scientists see individual atoms. The tremendous importance of the STM lies in its many applications—for basic research in chemistry, physics, and biology and for applied research in semiconductor physics, microelectronics, metallurgy, and bioengineering.

Binnig continued to research while he was on leave at Stanford University in California in 1985. Freed from his constant work on the STM, he had time to contemplate using the atomic force between atoms, rather than tunneling current, to move the scanning tip over a solid's surface. Binnig shared his ideas with Christoph Gerber of IBM Zurich and Calvin Quate of Stanford, and soon they had produced a prototype of a new type of scanner, the atomic force microscope (AFM), which started a new field of microscopy. The AFM made it possible for the first time to image materials that were not electrically conductive.

Binnig became group leader at IBM's Zurich lab in 1984, and was working there in 1986 when he and Rohrer received half of the Nobel Prize for Physics for their invention of the STM. The Royal Swedish Academy of Sciences had found the STM so important that it awarded Binnig and Rohrer the prize just five years after the STM's first successful test. The academy stated that although development of the tool was in its infancy, it was already clear that "entirely new fields are opening up for the study of the structure of matter."

Unlike the vast majority of Nobel Prize winners who wait until their waning years for the honor, Binnig was only 39 years old at that point. In his Nobel speech, he recalled of his early experiences with the STM, "I couldn't stop looking at the images. It was entering a new world." He was quoted in the New York Times as having mixed emotions, saying, "It was beautiful and terrible at the same time"—beautiful because it signaled a great success but terrible because it concluded "an exciting story of discovery."

Binnig was appointed an IBM fellow in 1987, when he took over as head of the IBM physics group at the University of Munich. He also worked as visiting professor at Stanford from 1986 to 1988. In 1990, he joined the board of Daimler Benz Holdings and began exploring an interest in politics. Also that year, scientists at IBM used the STM to actually move and rearrange individual atoms, bringing to fruition physicist Richard Feynman's 1959 prediction that one day we would be "manipulating and controlling things on a small scale."

In 1994 Binnig started his own company and named it Delphi Creative Technologies GmbH. The Munich-based firm, which eventually became Definiens Cognition Network Technology and is now a subsidiary of Definiens AG, develops knowledge-based systems. Binnig served as the company's chief researcher and scientific coordinator. Still an extremely productive scientist, he and his team developed what they call the "Cognition Network," which used technology that closely simulates the patterns of human thought. Binnig stepped down from leadership of the IBM physics group in Munich in 1995.

Working as a permanent consultant to Definiens AG, Binnig works closely on the Cognition Network, whose goal is to "integrate human models of perception into software to enable industry to analyze complex biological systems." The company won the 2002 European Information Society Technologies Prize for its eCognition product, a new technology that can analyze satellite and aerial images. Meanwhile, Binnig serves as a research staff member at IBM's Zurich Research Laboratory. Among his fields of research is his theory of "Fractal Darwinism," which he developed to describe complex systems. In a 2002 paper on the subject for Europhysics News, he explained, "Machines that are able to handle this complexity can be regarded as intelligent tools that support our thinking capabilities. The need for such intelligent tools will grow as new forms of complexity evolve; for example, those of our increasingly global networked information society."

In the spring of 2003, Binnig delivered the plenary lecture at the annual Electrochemical Society meeting in Paris, where he discussed his work on IBM's new "Millipede" project. A program concentrating on increasing the density of data-storage capacity, Millipede uses thousands of nanoscale needles to make indentations that represent individual pieces of information into thin plastic films. Binnig is optimistic about the project, saying, "While current storage technologies may be approaching their fundamental limits, this nanomechanical approach is potentially valid for a thousand-fold increase in data-storage density."

Binnig married Lore Wagler in 1969. They had a daughter in 1984 and a son in 1986. Binnig is athletic and enjoys a number of outdoor pursuits, including sailing, golf, tennis, soccer, and skiing. After taking a break from many of his hobbies to help raise his children, he has renewed his involvement in music as a composer, guitar and violin player, and singer.

The scientist wrote a popular German book on human creativity and chaos titled Aus dem Nichts (Out of Nothing) in 1990, which argued that creativity arises from disordered thoughts. Binnig and Rohrer have shared a number of prestigious international awards for their pioneering research in microscopy, including the German Physics Prize, the Hewlett Packard Prize, the Otto Klung Prize, and the King Faisal Prize.

Heinrich Rohrer , Heinrich Rohrer Swiss physicist Heinrich Rohrer (born 1933) received a share of the 1986 Nobel Prize in Physics for his part in inventing, with Gerd… James Rainwater , Bohr, Aage Niels Aage Niels Bohr Danish physicist Aage Niels Bohr (born 1922) is the son of another famed physicist, Niels Bohr. Both father and son… Atomic Theory , One of the points of dispute among early Greek philosophers was the ultimate nature of matter. The question was whether the characteristics of matter… Val Logsdon Fitch , In 1980, American nuclear physicist Val Logsdon Fitch (born 1923) was co-recipient with James Watson Cronin of the Nobel Prize for Physics. The two m… Surface Chemistry , Wolfgang Pauli once stated that "the surface was invented by the devil," illustrating the complexity and difficulty of studying the surfaces of mater… Edward Uhler Condon , Condon, Edward Uhler CONDON, EDWARD UHLER d. Boulder, Colorado, 26 March 1974), physics, theoretical physics, quantum physics, spectroscopy, atomic a…