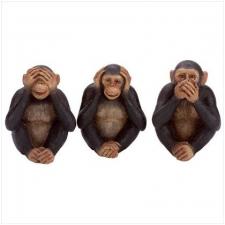 Philo T. Farnsworth (1906-1971) is known as the father of television by proving, as a young man, that pictures could be televised electronically.

On the statue erected in his honor in the U. S. Capitol Statuary Hall, Philo T. Farnsworth is called the Father of Television. He was the first person to propose that pictures could be televised electronically, which he did when he was 14 years old. By the time he was 21, Farnsworth had proved his ideas by televising the world's first electronically-produced image. From the day he sketched out for his high school chemistry teacher his ideas for harnessing electricity to transmit images, until his death in 1971, Farnsworth amassed a portfolio of over 100 television-related patents, some of which are still in use today.

Farnsworth was born in Indian Creek, Utah, on August 19, 1906. The first of five children born to Serena Bastian and Lewis Edwin Farnsworth, he was named after his grandfather, Philo Taylor Farnsworth I, the leader of the Mormon pioneers who settled that area of southwestern Utah. Although there was no electricity where he lived, Farnsworth learned as much as he could about it from his father and from technical and radio magazines. Lewis Farnsworth was a farmer and regaled his son with technical discussions about the telephone, gramophone, locomotives, and anything else the younger Farnsworth was curious about. When the family moved to a farm in Idaho with its own power plant, he poked and probed and mastered the lighting system and was soon put in charge of maintaining it. It had never run so smoothly. Farnsworth was adept at inventing gadgets even before he went to high school, and he won a national invention contest when he was 13 years old.

In 1920, he read that some inventors were attempting to transmit visual images by mechanical means. For the next two years, he worked on an electronic alternative that he was convinced would be faster and better; he came up with the basic design for an apparatus in 1922. Farnsworth discussed his ideas and showed sketches of the apparatus to his high school chemistry teacher Justin Tolman. Little did they know that this discussion would later be critical in settling a patent dispute between Farnsworth and his competitor at the Radio Corporation of America (RCA), Vladimir Zworykin.

Farnsworth took physics courses by correspondence from the University of Utah and later enrolled at Brigham Young University. He was largely self-taught but so impressed two of his chemistry professors at BYU with his ideas about television that they gave him the run of the chemistry and glass labs to start work on his theories.

In 1924, Farnsworth's father died and he was left with the responsibility of supporting the family. After a short time in the navy, he moved to Salt Lake City to work as a canvasser for the Community Chest. There Farnsworth made friends with George Everson, the businessman who was organizing the fund-raising effort, and his associate Leslie Gorrell. Farnsworth told Everson and Gorrell about his ideas for a television, and they invested $6,000 in his venture. With additional backing from a group of bankers in San Francisco, Farnsworth was given a research lab and a year to prove his concepts.

Farnsworth was married to his college sweetheart Elma Pem Gardner on May 27, 1926, and the next day they left for California, where Farnsworth would set up his lab in San Francisco. With assistance from his wife, Elma, better known as Pem, and her brother Cliff, Farnsworth designed and built all the components—from the vacuum transmitter tubes to the image scanner and the receiver—that made up his first television system. The key invention was his Image Dissector camera, which scanned relatively slowly in one direction and relatively quickly in the opposite direction, making possible much greater scanning speeds than had been achieved earlier. All television receivers use this basic system of scanning.

On September 7, 1927, three weeks before the deadline, Farnsworth gathered his friends and engineering colleagues in a room adjoining the lab and amazed them with the first two-dimensional image ever transmitted by television—the image of his wife and assistant, Pem. His backers continued their support for a year and in September 1928, the first television system was unveiled to the world. In 1929, some of the bankers who invested in the research formed a company called Television Laboratories Inc., of which Farnsworth was named vice president and director of research.

The Challenge of the Marketplace

At the same time, RCA began aggressively competing with Farnsworth for control of the emerging television market and challenged the patent on his invention. With the testimony of Farnsworth's high school teacher, Justin Tollman, it was determined that Farnsworth had indeed documented his ideas one year before RCA's Vladimir Zworykin. This was but the first of many challenges from RCA, but in the end the corporate giant was forced to work out a cross-licensing arrangement with Farnsworth.

The victor in dozens of legal challenges by RCA, Farnsworth eventually licensed his television patents to the growing industry and let others refine and develop his basic inventions. His patents were first licensed in Germany and Great Britain, and only later did the Federal Communications Commission allocate broadcast channels in the United States. During his early years in San Francisco, Farnsworth did other important work as well. He made the first cold cathode-ray tube, the first simple electron microscope, and a means for using radio waves to sense direction—an innovation now known as radar. He received more than 300 patents worldwide during his career.

Farnsworth eventually set up his own company, which boomed during World War II with government contracts to develop electronic surveillance and other equipment. The Farnsworth Radio and Television Corp. took a downturn after the war and was sold to the International Telephone and Telegraph Company (ITT) in 1949. Farnsworth remained with the company for some time as a research consultant. Late in his life he turned his attention to the field of atomic energy. Farnsworth died of emphysema on March 11, 1971, in Holladay, a suburb of Salt Lake City.

For his pioneering work, Farnsworth received the First Gold Medal awarded by the National Television Broadcasters Association in 1944. During his lifetime he also was presented with honorary doctorates in science from Indiana Technical College (1951) and Brigham Young University (1968). Posthumously, the inventor was remembered with a twenty-cent stamp with his likeness, issued in 1983, and his induction into the National Inventors Hall of Fame in 1984. The Philo T. Farnsworth Memorial Museum was dedicated in his honor in Rigby, Idaho, in 1988.

The Story of Television: The Life of Philo T. Farnsworth by George Everson. Norton, 1949.

Distant Vision: Romance and Discovery on an Invisible Frontier by Elma Farnsworth. Pemberly-Kent, 1990.