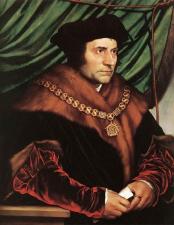 oxford
views updated
Fisher, Saint John (1469–1535) English Roman Catholic prelate. Fisher opposed Henry VIII's proposed divorce from Catherine of Aragon in 1529. He was tried and executed for denying that Henry was supreme head of the Church under the Act of Supremacy. He was canonized in 1935. His feast day is July 9.