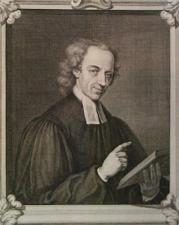 Whiston’s father, Josiah Whiston, who was also his first teacher, was a pastor. Whiston studied mathematics at Cambridge, where he earned the master’s degree in 1693. He was then, successively, tutor to the nephew of John Tillotson; chaplain of the bishop of Norwich; and rector of Lowestoft and Kessingland, Suffolk, Isaac Newton, who liked and admired Whiston, engaged him as his assistant lecturer in mathematics at Cambridge and in 1701 arranged for Whiston to succeed him as Lucasian professor. But the two men became estranged because of a difference of opinion concerning the interpretation of Biblical chronology. Whiston published several theological works in which he defended heterodox opinions and supported Arianism against the dogma of the Trinity. In 1710 he was deprived of his chair and driven from the university. Newton did nothing at all to help him, even though he himself was secretly anti-Trinitarian.

Whiston moved to London, where he led a bohemian life, while continuing to occupy himself with literature and theology. He often had no money, but he nevertheless frequented the court and high society. He wrote many theological and scientific works in this period, and fell into mystic and prophetic trances. At the age of eighty he became an Anabaptist. He retired to the home of his daughter in Lyndon, where he died in 1752.

Whiston’s scientific writings include several mathematical treatises, notably a Latin edition of Euclid (Cambridge, 1703), and Praelectiones astronomicae (1707). His most important work is A New Theory of the Earth, From Its Original to the Consummation of All Things. Wherein the Creation of the World in Six Days, the Universal Deluge, and the General Conflagration, as Laid Down in the Holy Scriptures, Are Shewn to be Perfectly Agreeable to Reason and Philosophy (London, 1696), which went through six editions, an indication of considerable success. It was dedicated to Newton, and its goal was to redo, with the aid of Newtonian cosmology, what Burnet had done with the aid of Descartes in Telluris theoria sacra (London, 1681). Whiston prefaced his book by a long dissertation entitled “A Discourse Concerning the natures, Stile, and Extent of the Mosaick History of the Creation.” In its ninety-four separately numbered pages he set forth the principles of a very free interpretation of Genesis. In particular, like Burnet, he contended that the Mosaic account (except for the general introduction consisting of the first verse: “In the beginning God created the heaven and the earth”) concerns only the earth, and not even the entire solar system. Again like Burnet, Whiston thought that Moses, whose audience consisted of illiterate Jews, was not able to give a scientific account of the formation of the earth.

Seeking to give his arguments a geometric rigor, Whiston presented the theory itself in four books entitled Lenmatata, Hypotheses, Phaenomena, and Solutions. According to the theory, the earth was originally a comet, revolving around the sun in a very eccentric orbit. This is the situation commonly described by the term “chaos.” Then one day God decided to make the earth a planet, and the chaos vanished; this is the transformation recounted in Genesis. From this time and until the Flood, the earth revolved around the sun in a perfectly circular orbit; the axis of its poles was perpendicular to the plane of the ecliptic, and there were no seasons and no daily rotation. The Flood, which put an end to this state of affairs, was produced by a comet guided by God. The head of the comet, by its attraction or by its impact, broke the surface layer of the earth, causing the waters of the “great abyss” to overflow; the vapors of the comet condensed to form torrential rains . The oblique impact of the comet displaced the axis of the poles, transformed the circular orbit into an ellipse, and imparted to the earth its rotational movement. Like Woodward, Whiston thought that the layers of sedimentary rocks and the marine fossils discovered on the continents resulted from this flood. Whiston’s exposition of his system lacks clarity, and he sometimes contradicted himself.

Like Newton, but less cautiously, Whiston pictured God as intervening in nature, not only to create matter and endow it with gravitation, but also to direct the course of the history of the earth. Whiston’s view was that God intervenes both directly (for example, in the creation of man) and through the intermediary of physical agents (such as a comet). Whiston explicitly stated that these two modes ultimately amount to the same thing. The ideas expressed on this point in A New Theory of the Earth were taken up again and made more precise in Astronomical Principles of Religion Natural and Reveal’d, which Whiston published in London in 1717. His thinking was similar to that of Richard Bentley and Samuel Clarke but displayed less precision and clarity. Whiston also attempted to justify his hypotheses by an interesting theory of scientific knowledge, derived from Newton but also showing the deep influence of Burnet and Cartesianism.

Whiston was more than simple a representative of an age and of a group of scientisits who sought to reconcile science and Revelation. As in the case of Burnet, from whom he took a great deal, his writing were much disputed but also widely read, throughout the entire eighteenth century, and not just in England. For example, Buffon, who summarized Whiston’s theory in order to ridicule it, borrowed more from him than he was willing to admit and thus unconsciously promoted the spread of his ideas. It may be said that all the cosmogonies based on the impact of celestial bodies, including that of Jeans, owed something, directly or indirectly, to whiston’s inventions.

Origin Of Life , Theories of how life originated on Earth are of two sorts. Biogenetic theories hold that living things always arise through the agency of preexisting… Gaia Hypothesis , The Gaia (pronounced guy-ah) hypothesis is the idea that Earth is a living organism and can regulate its own environment. This idea argues that Earth… James Hutton , Hutton, James Hutton, James geology, agriculture, physical sciences, philosophy. Hutton was the only son of William Hutton, a merchant and former cit… Catastrophism , Introduction Catastrophism is the general concept that the history of Earth has been profoundly affected by sudden violent events. In the Biblical cr… Thomas Burnet , Burnet, Thomas Burnet, Thomas cosmogony, geology. Little is known of Burnet’s family or early childhood other than that his father was John Burnet an… Robert Sinclair Dietz , Dietz, Robert Sinclair DIETZ, ROBERT SINCLAIR Widely known for pioneering contributions to the geology of the seafloor and to geological aspects of t…