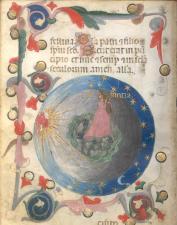 oxford
views updated
Lang, Cosmo Gordon (1864–1945). Archbishop of Canterbury. Lang was a native of Scotland. After a short ministry at the university church in Oxford, he became (1896) vicar of Portsea, an important and populous parish, where he trained and deployed a large team of assistant curates. At the age of only 37 he was nominated as suffragan bishop of Stepney, in London's East End, and then promoted (1908) to be archbishop of York. Here he proved a marked contrast to the more conservative, cautious, and diplomatic Randall Davidson, his fellow-Scot who was archbishop of Canterbury. The contrast is well illustrated by their attitudes to the Prayer Book reform of 1928. Davidson did not want it, and Lang wanted a return to the more catholic Prayer Book of 1549. Lang succeeded Davidson at Canterbury in 1928, but his work as primate was overshadowed by criticism for his part in the abdication crisis of 1936, and the outbreak of war in 1939. He resigned in 1942 and died three years later.

Bead , bead / bēd/ • n. 1. a small piece of glass, stone, or similar material, typically rounded and perforated for threading with others as a necklace or r… Paternoster , paternoster •all-nighter, biter, blighter, fighter, igniter, inciter, indicter, inviter, lighter, mitre (US miter), overnighter, reciter, righter, si… Charles Gore , GORE, CHARLES Anglican bishop, theologian; b. Wimbledon, Surrey, England, Jan. 23, 1853; d. London, Jan. 17, 1932. Of aristocratic descent, Gore was… William Laud , Laud, William (1573–1645) LAUD, WILLIAM (1573–1645), English clergyman and archbishop of Canterbury. The only son of a master tailor in Reading, Laud… LAUDS , LAUDS The morning hour of the Divine Office. The term "lauds" is derived from its nature as praise (laud) and from the Laudes or the three Psalms (14… Kaddish , Kaddish KADDISH (Aram. קַדִּישׁ; "holy"), a doxology, most of it in Aramaic, recited with congregational responses at the close of individual section…