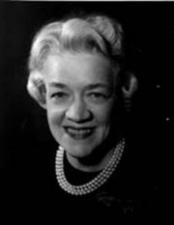 Margaret Floy Washburn (1871-1939) was one of the few women in America to receive her PH.D. in psychology before the turn of the century and to achieve distinction in this field soon after. She belongs to the second generation of American psychologists, those trained under Americans who had themselves studied in Germany, many at Leipzig under Wilhelm Wundt, the reputed founder of the new experimental psychology.

Washburn studied in the 1890s at Cornell University under the Wundtian introspectionist E. B. Titchener and attained her independent competence before J. B. Watson founded the American movement of behaviorism in 1913. She presented a consistently dualistic psychophysiological conception of the animal mind as inferred from the animal’s behavior, a view not unlike that of the English psychologist C. Lloyd Morgan (1894). It was much later that the American positivistic be-haviorists began to think of behavior as identical with the mind instead of merely furnishing the ground from which the nature of the mind can be inferred.

Washburn is best known for her surveys of the literature of animal psychology that appeared in successive editions of her book The Animal Mind (1908; the fourth edition appeared in 1936). For over a quarter of a century this repeatedly updated volume remained the standard text in comparative psychology, a secondary source consulted both by students and by scholars.

Washburn’s other important contributions to psychology were her Minor Studies, 68 in all, conducted at the psychological laboratory of Vassar College and published over the years from 1905 to 1938. Washburn designed each study, made the interpretation, and wrote the report, but the experiment was conducted by a student under her supervision, and the paper was published under their joint names. This well-known series reveals Washburn as a general psychologist, in the days when it was still possible for a psychologist to work on a broad range of topics in normal psychology— human or animal.

Washburn’s bibliography lists 61 other articles on a wide variety of topics, both factual and theoretical. One book, Movement and Mental Imagery: Outlines of a Motor Theory of the Convplexer Mental Processes (1916), represents her attempt to resolve the difference between introspectionism and behaviorism, the two horns of what was then the American psychological dilemma.

Margaret Washburn was born on July 25, 1871, in New York City. She was an only child, and the friends of her youth were books; by the time she went to school she was already an omnivorous reader. When she was ten, her parents settled in Kingston, New York. She attended Vassar College, from which she obtained her a.b. in 1891.

Facing the choice of a career, Washburn was torn between her love of philosophy and of science; as a compromise she chose psychology, as so many important psychologists facing the same conflict had done before her. She went first to Columbia to work under J. McKeen Cattell, although it took the Columbia trustees some months to be persuaded to allow a woman to listen to the lectures. Cattell sent her to Cornell, where women were more welcome, and her arrival there coincided with that of Titchener, who had recently obtained his PH.D. under Wundt in Leipzig. She received her PH.D. in 1894, the first awarded under Titchener.

In those days it was not easy for a woman to obtain an academic position. Washburn spent the next six years as professor of psychology, philosophy, and ethics at Wells College, then two years as warden of Sage College, Cornell’s women’s dormitory, and as lecturer on social psychology at Cornell, then a year as lecturer on psychology at the University of Cincinnati. In 1903 she was called to Vassar College, where for five years she was associate professor of philosophy in charge of psychology, and from 1908 on, professor of psychology. Her active career continued for almost three decades, until on March 18, 1937, she suffered a cerebral hemorrhage, dying in Pough-keepsie, New York, on October 29, 1939.

Washburn received many honors. She was president of the American Psychological Association in 1921 and vice-president of the American Association for the Advancement of Science in 1927. Also in 1927 she received an honorary D.sc. from Wittenberg College and a volume of papers on psychology was published in her honor by the American Journal of Psychology, of which she was an editor from 1921 to 1939. She was elected to the select Society of Experimental Psychologists in 1929, immediately after the death of Titchener, who had opposed the admission of women. In 1931 she was elected to the National Academy of Sciences, the second woman to become a member of that distinguished body.

[For the historical context of Washburn’s work, see the biographies ofcattell; titchener; wundt.]

The Minor Studies From the Psychological Laboratory of Vassar College, described in the text, were published in the American Journal of Psychology between 1905 and 1938.

Kambouropoulou, Polyxenie 1940 A Bibliography of the Writings of Margaret Floy Washburn: 1928-1939. American Journal of Psychology 53:19-20.

Margaret Floy Washburn was the first woman ever to receive a doctorate in psychology and the second woman to be elected to the National Academy of Sciences (1931), the most eminent scientific society in the United States. The only child of Francis Washburn and Elizabeth Floy Davis, Washburn was raised in a middle class home in New York. The women in her family were exceptional and attained high levels of academic accomplishment for the era. Educated both in public and private schools, Washburn graduated from Vassar College in 1891 with a keen interest in science and philosophy. She audited graduate courses taught by James McKeen Cattell at Columbia University, but in spite of his full support, she was denied admission to the graduate program due to gender restrictions. Admitted as a degree candidate at Cornell University, she won the Susan Lynn Sage Fellowship in Philosophy and Ethics. In two short years, working with the noted researcher Edward B. Titchener (1886-1927) in experimental psychology , Washburn earned her Ph.D., the first woman ever to receive a doctorate in psychology. In 1894, she was elected to membership in the American Psychological Association where she eventually became a council member, establishing policy and serving on many committees.

Because women were not eligible to be hired as regular faculty in psychology or philosophy departments in any major Eastern university at the close of the nineteenth century, Washburn held a series of teaching positions at women's colleges, including Wells College (1894), Sage College at Cornell University (1900) and the University of Cincinnati (1902). Although Edward Titchener had been her mentor at Cornell, he refused to admit her to the Society of Experimental Psychologists he formed in 1904. While this group was expressly designed to help young researchers, he summarily exclud-

ed all women on the grounds that their presence would inhibit "frank discussion" among the male members. In 1903, Washburn became Assistant Professor of Philosophy at Vassar College, where she was promoted to professor in 1908, eventually becoming professor emeritus in 1937.

Washburn was known primarily for her work in animal psychology. The Animal Mind, which she published in 1908, was the first book by an American in this field and remained the standard comparative psychology textbook for the next 25 years. (Subsequent editions appeared in 1917, 1926, and 1936.) In Movement and Mental Imagery (1916), she presented her motor theory of consciousness , in which she attempted to mediate between the structuralist, or "introspective" tradition of Wilhelm Wundt (1832-1920) and Titchener, in which she had been schooled, and the opposing behaviorist view. These competing movements had divorced consciousness from behavior, with the structuralists studying only the former, while the behaviorists maintained that psychology should only be concerned with the latter. Washburn's theory reconciled these two perspectives by exploring the ways in which thoughts and perceptions produce motor reaction.

In 1925, Washburn was named one of four coeditors of the American Journal of Psychology. She was elected president of the American Psychological Association in 1921 and elected to the National Academy of Sciences in 1931, the second woman ever to be chosen for that honor. Altogether, Washburn published over 200 articles and reviews, including more than 70 research articles during her 33-year tenure at Vassar. In her writings, she developed her theory of consciousness at greater length and explored such diverse topics as individual differences, color vision in animals, aesthetic preferences for colors and sounds, after-images, and psychology of the affective processes.