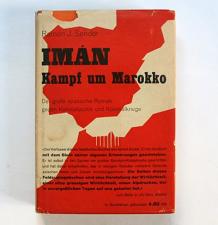 Spanish born novelist Ramón José Sender (1901-1982) survived military service and the political execution of loved ones to become an internationally celebrated author and educator, both in his native Spain and his adopted country, the United States of America.

Sender was born on February 3, 1901, in Chalamera de Cinca, Huesca, a village in Aragon, Spain. His father, José senior, and his mother, Andrea Garcés Laspalas, had 19 children: ten lived to adulthood, of which Sender was the eldest. Sender's relationship with his father was strained from the beginning, with the son resisting the authority and control demanded of his fervently catholic father. Charles King, in his literary biography Ramón José Sender, attributes this unrest between father and son as the reason for Sender's lifelong struggle against authority in its many forms.

Sender was considered an average student, and began his studies in 1912 when he passed the entrance examinations and began attending the Institute of Zaragoza, a preparatory school. In 1913 12-year-old Sender transferred to the Colegio de San Ildefonso, a boarding school located in Reus, Catalonia. In 1914 he returned to the Institute of Zaragoza and remained there for three years, during which time his literary talent was revealed. At age 15 Sender won first prize in a short-story contest sponsored by Zaragoza's official newspaper. Two years later the Barcelona-based journal Lecturas published his novelette titled A Bonfire at Night, which was the winning entry in the journal's short novel contest. In 1917, when his family moved to Caspe, Sender chose to move to Alcaniz to work as a clerk in a pharmacy while pursuing his high-school diploma at a local school. The credits he completed in Alcaniz were transferred to the Institute of Teruel, a Catholic college. Sender received his diploma from Teruel in 1918, and immediately enrolled in law school at the University of Madrid.

In 1923 Sender was drafted into the Spanish Army and participated in his country's attempted reconquest of Morocco. Discharged in 1924, he was awarded the Medal of Morocco for his bravery and participation in the war. That same year Sender accepted his first major position within the mainstream, liberal Madrid press, joining the staff of El Sol as an editor and literary critic. Targeted by the government as part of a liberal press, in 1927 Sender was arrested and detained in a Madrid jail without trial for three months during the Primo de Rivera dictatorship, the given reason that he was suspected of engaging in revolutionary activity. He was released when the Press Association of Madrid stepped in on his behalf.

Sender remained on staff at El Sol until 1930, when he became a freelance journalist. In this capacity he contributed essays and articles, and reviews to various Spanish publications, as well as publishing novels, essays, and plays of his own. Sender married Amparo Barayón on January 7, 1934 when he was 33 years old. They had two children, a son, born in 1935 and named Ramón, and a daughter born in 1936 and named Andrea.

Soldier of the Republic

When the Spanish Civil War broke out in the summer of 1936, 35-year-old Sender enlisted in the communist-backed army of the Republic, and was awarded the Spanish Military Cross of Merit. He sent his wife and infant children to his wife's family in Zamora in 1936, soon after Andrea was born. Tragically, his wife, Amparo, was executed without a trial by monarchic Nationalist forces on October 11, 1936. That same year Sender's brother Manuel was also executed without trial in Huesca, where he had been acting as mayor. Two years later, in 1937, Sender realized that the Republic would inevitably fall to General Francisco Franco and the Nationalist forces; he placed his two children in the care of the International Red Cross in France. Later that year Spain's threatened Republican government sent Sender and other academics on a speaking tour of Europe and the United States in an attempt to raise awareness and support for their failing cause. Sender fled Spain permanently himself in December of 1938 and arrived in France to reclaim his children. He was just in time; Franco's forces captured Madrid in March of 1939 and the Republican government capitulated.

Sender, by now destitute and with two young children to care for, arrived in New York City in March of 1939. He left his son and daughter in the care of friend and journalist Jay Allen and traveled to Mexico City to join a group of other Spanish exiles that had gathered there. (The children were later adopted by close friend and social worker Julia West and her husband.) Sender spent time traveling and writing in Mexico, and eventually settled in the southwestern United States in 1942 after receiving a Guggenheim fellowship that allowed him to emigrate from Mexico. On August 12, 1943 Sender married Florence Hall, a United States citizen; they divorced 20 years later. Sender became a naturalized U.S. citizen in 1946.

Sender, a prolific author, ranged in his literary efforts from nonfiction and critical essays, to short stories, novels, and poetry. He is credited with at least 102 book titles which include 64 novels, 23 essay collections, five books of plays, two volumes of poetry, and scores of short works of fiction and journalism. In all his writing, whether fiction or nonfiction, he focused on social problems and their effect on the individual. Sender combined realism and fantasy, often inserting subtle propaganda and regularly including within his works autobiographical content. An essay for the Encyclopedia of World Literature in the 20th Century suggested that Sender reveals in his work "an abiding faith in man, an implicit but uncompromising protest against social injustice, rare capacity for infusing realistic narrative with a lyrical sense and a metaphysical dimension, and great talent for impregnating ordinary reality with the mysterious and the marvelous." Sender's body of work is often divided by scholars into two groups: life before the Spanish Civil War, and life after Franco's rise to power.

Sender's 1930 novel Imán, translated and published under the title Pro Patria, is an anti-war account of the Moroccan campaign of which he was a part. The book's title, which translates as "magnet," reflects its protagonist's seeming characteristic of attracting negative things into his life. Although Imán was translated into ten languages, many critics felt it is packed too tightly with horrific descriptions of wartime events, so much so in fact that many reviewers identified it as a journalistic enterprise rather than a work of fiction. Others found it to be brimming with humanity to the extent that the nightmarish qualities produce a lucid picture of human nature that makes it a worthwhile read.

Sender's 1936 novel Seven Red Sundays is set in pre-civil war Spain and, like Imán, is considered to be closer to a documentary than a work of fiction. Charles King observed that "Sender uses external or ordinary reality … as a kind of trampoline from which to launch his leaps to 'higher' realities," and went on to note that "the realism of Seven Red Sundays is a strange fusion of ordinary reality with … imaginative 'realities' that sometimes add an intellectual dimension, at others a lyrical or metaphysical overtone." It is this experimentation with the various ways in which reality can be perceived that makes Sender's work original as well as educational and challenging to read. His 1937 novel Mr. Witt among the Rebels, an historical piece, garnered Spain's highest literary award, the National Literature Prize.

A 1948 novel set in Madrid in the midst of the Spanish Civil War and titled The King and the Queen was cited by an essayist for the Encyclopedia of World Literature in the 20th Century as Sender's most perfectly structured novel. This work, along with 1943's Dark Wedding and 1954's The Affable Hangman, were praised by critics as both mystifying and unique in their blend of fantasy and history. Sender's widely praised Counter-Attack in Spain, published in 1937, was followed seven years later by Chronicle of Dawn, a work defined by the Encyclopedia of World Literature in the 20th Century as a "monumental three-volume, nine-part, highly autobiographical novel." The first volume of Chronicle of Dawn earned its author Spain's Premio de la Literatura. His next effort, 1949's The Sphere, is a dense, philosophical work that, although panned by critics, has been viewed by more recent scholars as Sender's masterpiece. The Sphere is the first novel Sender wrote after leaving his country behind; King described it as "an ambitious attempt to fuse into an artistic unity the realistic, the lyrical-metaphysical, the fantastic, and the symbolic." Sender's 1969 novel In the Life of Ignacio Morel won him Spain's coveted and lucrative Planeta Prize. While his style is unpretentious and direct, it also embodies both humor and a sharp wit.

Patriot without a Country

During his lifetime Sender had a greater reputation and following abroad than he did in his native Spain because from 1939 through 1962 his work was banned in Spain. Despite the fact that Sender rarely visited Spain following his exile, he has been embraced by his country of birth, and is hailed as one of Spain's most influential and celebrated novelists. Despite his absence, Sender never lost his patriotism and love of Spanish culture, continuing to collect Spanish books and recordings of Spanish folk music throughout his life. As the Encyclopedia of World Literature in the 20th Century essayist noted of Sender, "Although uneven in quality, his vast literary output, which was sustained through more than five decades, assures him a permanent place in Hispanic literature."

New Spain , The viceroyalty of New Spain included all of the territory claimed by Spain in North America and the Caribbean from the conquest of the Aztec Empire… Nada , THE LITERARY WORK A novel set in Barcelona in the early 1940s; published in Spanish (as Nada) in 1945; in English in 1958. SYNOPSIS A young woman who… Miguel De Unamuno , BORN: 1864, Bilbao, Spain DIED: 1936, Salamanca, Spain NATIONALITY: Spanish GENRE: Drama, fiction, poetry MAJOR WORKS: The Life of Don Quixote and Sa… Miguel De Cervantes , Cervantes, Miguel de Personal Born September 29 (?), 1547, in Alcala de Henares, Spain; died of edema, April 22 (some sources say April 23), 1616, in… Alfonso Xii , Alfonso XIII (1886-1941) was king of Spain from 1886 to 1931. His troubled reign was characterized by violent class conflict, political instability,… Jose Martinez Ruiz , José Martínez Ruíz The Spanish writer José Martínez Ruíz (1873-1967), who wrote under the name Azorín, was a spokesman for the Generation of 1898. He…