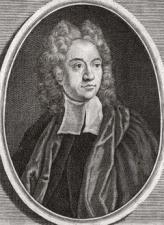 oxford
views updated
Porson, Richard (1759–1808). Scholar. Of comparatively humble family in Norfolk, Porson's youthful promise was so obvious that means were found to send him to Eton. Further contributions sent him to Trinity College, Cambridge, where he was elected to a fellowship. In July 1792, being unwilling to take holy orders, he lost the fellowship, but five months later was elected to the regius chair of Greek. He did not lecture, rarely visited the university, but studied in London, producing a celebrated edition of Euripides. The London Institution elected him librarian, at a good salary, but his attendance was hardly adequate. His health deteriorated quickly, partly as a result of drink. A reclusive scholar, unpredictable, eccentric, and untidy, his life was textual commentary. In his last illness, he finished up, speechless, in St Martin's workhouse, which advertised to see if anyone could identify ‘a tall man, apparently about 45 years of age, … and having in his pocket a memorandum book, the leaves of which were filled with Greek lines, written in pencil’.