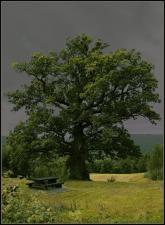 Christianity and the body

oxford
views updated
Christianity and the body Christianity is centred on the life, death, and resurrection of Jesus of Nazareth, yet there is enormous diversity in the interpretation of that life and death, and no agreement about what is meant by resurrection. This multiplicity of interpretation begins with the gospels themselves. Accounts of Jesus' resurrection, for example, range from placing emphasis on the physicality of the resurrected body, which eats boiled fish and honeycomb (Luke 24: 39), to asserting that Jesus could pass through closed doors and was unrecognizable to his disciples (Luke 24: 16–30).

The emphasis on martyrdom and asceticism within early and medieval Christianity led many modern commentators, beginning with Enlightenment historians like Edward Gibbon, to claim that Christianity is a world- and body-despising religion. Late twentieth-century historians like Peter Brown and Bynum show that these practices must be seen in relationship to resurrection beliefs and the Eucharist. Although early and medieval Christians sought to transcend the limitations of the body, this occurred through the transformation of the body itself. Martyrologies show Christians joyfully undergoing intense suffering because their bodies have been transformed into Christ's; they possess resurrected bodies that cannot feel the pain inflicted on them. Although early monastic texts are rife with evidence that practitioners fear sexuality, which is associated with the earthly life of the body and its entanglement in society, this asceticism again leads to the transformation of the body. The desert father Anthony (fourth century ce), for example, after years in the desert wrestling with the demons of his own sexuality and other vices, glows; his body is transformed into the spiritual body of the resurrection, attesting to Anthony's victory over vice and his achieved sanctity.

Emphasis on the sanctity of the human body can also be seen in the cult of the martyrs and saints, in which bodily remains are imbued with divine power. For some late medieval saints, often women, the suffering and ascetic body is transformed in life into a source of divine, healing effluvia; manna, sweet-smelling oils, and milk flow from the bodies of many holy women. Even things associated with holy women's bodies become sources of healing sanctity. When Margaret of Ypres' mother (one would have thought wisely) buried the rotting, sweat-drenched cloth that had been bound around the head of the dying holy woman, her confessor unearthed it, demonstrating its miraculous healing powers. Although there is evidence that some medieval holy women rebelled against this association of their bodies with the salvific body of Christ, because of the intense bodily and spiritual suffering it demanded, this is clearly the dominant model of female sanctity throughout the latter Middle Ages.

Arguably, Eastern Christianity is even more bodily in its belief and practices than the West. The Eastern church emphasizes the presence of God through icons, words, and actions. Symbolic actions are crucial to Eastern Christian liturgy and private prayer, most evident in the so-called ‘physical method’ of prayer taught by the Byzantine Hesychasts. A special position for prayer is advised (sitting on a low stool with the head lowered and chin resting on the knees); breathing is to be regulated in accordance with recitation of the Jesus Prayer; and the practitioner is to seek out his or her ‘heart’. The latter seems to refer both to the physical organ and to the spiritual centre of the person, understood as being in some way allied with that physical centre.

Historians are just beginning to turn attention to the place of the body within Protestant and Catholic reformation Christianity, but the complexity of the issues can be discerned in Protestant debates about the nature of the divine presence as body and blood within the Eucharist. Just as sixteenth-century reformers eschewed the cult of the saints and its bodily manifestations, they also began to question medieval Catholic doctrines of transubstantiation, the real presence of Christ's body and blood in the bread and wine of the Eucharist. Although these debates are far too complex to be summarized here, they began the process of spiritualization that some argue led to a denial of Christ's bodily resurrection and of the bodily resurrection of the believer. When modern philosophy begins to assert a dualistic separation of human mind from human body and the relative autonomy of the former, Protestantism will be in a position to make these claims theologically plausible. This move arguably does not mark a turn away from the body within Western culture, however, but rather its increased objectification and medicalization, as witnessed in the paradigmatic work of the philosopher and scientist René Descartes.

COLIN BLAKEMORE and SHELIA JENNETT "Christianity and the body ." The Oxford Companion to the Body . . Encyclopedia.com. 25 Jan. 2020 <https://www.encyclopedia.com>.

COLIN BLAKEMORE and SHELIA JENNETT "Christianity and the body ." The Oxford Companion to the Body . . Encyclopedia.com. (January 25, 2020). https://www.encyclopedia.com/medicine/encyclopedias-almanacs-transcripts-and-maps/christianity-and-body

COLIN BLAKEMORE and SHELIA JENNETT "Christianity and the body ." The Oxford Companion to the Body . . Retrieved January 25, 2020 from Encyclopedia.com: https://www.encyclopedia.com/medicine/encyclopedias-almanacs-transcripts-and-maps/christianity-and-body