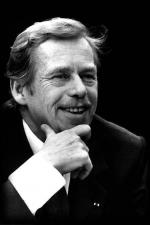 Czech writer Božena Němcová (c. 1820–1862) left behind a small but significant body of work closely tied to the development of Eastern European literary traditions of the nineteenth century. Her fictional works include the critically acclaimed novel Babička, considered a classic of Czech literature for its portrait of rural village life. Němcová also collected folk and fairy tales from both Czech and Slovak lands in the hopes that her efforts would help preserve them for posterity. Her achievements were all the more remarkable given her lack of formal education.

Němcová's own life contained elements of the fairy tale: her parentage was possibly noble, though she was raised among the household servant class; she was forced to marry a man she did not love; unwise decisions brought her personal hardship later in life as well as financial troubles; and she came to an untimely end. Some sources list her date of birth as 1820, while other clues point to an earlier year, either 1818 or 1817. Her exact parentage is also unknown, but the facts that survive are those of her birthplace, Vienna, and that her Czech-born mother, Terezie Novotna, was a laundress for the duchess of Raciborz. While Novotna wed Jan Pankl, a German coachman for the Raciborz household, the wedding took place after Němcová was born. The infant girl, named Barbora Panklova, did not resemble either parent in appearance or even temperament, it was said, and some surmise that neither Novotna nor Pankl was a biological parent.

What is known for certain about Němcová's life is that she was showered with an unusual generosity by the Raciborz family, leading to speculation that her real father may have been someone in the household. She was educated by private tutors, for example—a privilege the Pankl siblings who followed her did not enjoy—and was allowed to borrow books from the Raciborz castle library.

Whatever her origins, Němcová was still under the jurisdiction of Terezie and Jan Pankl, who forced her into a marriage at the age of 17. Her husband was Josef Nemec, a customs and finance officer 15 years her senior. As a wedding gift, the duchess gave Němcová a pair of gold earrings, a gift that would be the last contact between the two women. By most accounts Němcová's union was an unhappy marriage from the start, for Nemec was an abusive spouse. They relocated because of his job on several occasions, and Němcová gave birth to four children in five years.

Němcová's situation was vastly improved when the family settled in Prague in 1842. The exciting, culturally vibrant city was a focal point for the Czech nationalist movement, and both Němcová and her husband fell into a group of friends active in the campaign for independence from Vienna, the seat of the mighty Austro-Hungarian Empire that dominated central and eastern Europe at the time. Němcová also came to know several leading writers in Prague, including the poets Václav Nebeský and Karel Jaromir Erben, and the political journalist Karel Havlicek Borovsky. Encouraged by these new acquaintances, she began writing poetry. Her first effort, "Ženám českým," is a paean to Czech nationalism, calling on women to lend their energies to the nationalist movement.

Němcová was feted in Prague when "Ženám českým" appeared in the magazine Květy in 1843. An attractive, engaging woman whose rise in the city was likely boosted by rumors of her somewhat mysterious Viennese origins, Němcová was celebrated as a new literary voice partly because of her lack of formal education. Yet she also worked diligently to correct that, reading avidly and befriending accomplished professionals who encouraged her talents and guided her self-education efforts. Her physician, J. Čejka, was one such mentor. Čejka had been a friend of the writer George Sand, the pen name of the Baroness Dudevant, and encouraged Němcová to direct her interests to the compilation of fairy tales. She ventured into the countryside to collect them from older men and women in Czech villages, and they were published in seven installments between 1845 and 1848. Some were drawn from old Czech stories, but others were freely invented by their author. "Němcová's heroines were industrious girls, who spun at their wooden or golden spinning wheels and gained the hearts of princes and kinds, thanks less to the grace of the supernatural than to their own virtue," wrote Milada Součkova in her The Czech Romantics.

At some point in her life, Němcová ran into some trouble due to the discovery of an extramarital dalliance. This may have occurred in Prague or in Domažlice, a village in Bohemia where she was somewhat ostracized by the local bourgeoisie when she and her husband settled there in 1845. She continued to pursue her writing career, however, and wrote extensively about village life in Sketches from Domažlice. In it, she describes Czech wedding customs in great detail, as well as the exhaustive folk dance rituals that served as a focal point for village social life.

Němcová's interest in folklore was linked to the nationalist movement. Those who worked to redraw Europe's borders—according to the language of those who lived there, not political expediency—recognized the importance of promoting native culture. Her involvement intensified with her friendship with František Klácel, a priest and philosophy professor whom she probably met while living in Prague in 1844. Klácel likely introduced her to socialist ideas, and the result was "A Word to Housewives," published in the periodical Moravské Noviny in the fall of 1848. In it, she once again urged Czech women to become more politically aware, and offered some critical remarks about their attitudes toward household help.

Despite her politicization, Němcová remained interested in folklore. In the early 1850s, she traveled through Slovakia on a mission to collect that region's tales of heroes, heroines, and dangers found in nature. Much of this eastern European land, also a part of the Austro-Hungarian Empire, was relatively untouched by modern world at the time of her travels. Her "Pictures from Slovakian Life" appeared in the magazine of the Czech Museum in 1856, and Součkova asserted that with its publication Němcová became "the first modern Czech artist to reveal the beauty of the Carpathian mountains and to write about the men who live in the primeval beech forests and fight the bear." Němcová's main focus, however, was her work Slovak National Fairy Tales and Legends, which Součkova termed "a work of enduring value" and a vast improvement over the Czech ones from a decade earlier. "Her Slovak narrator eschews sentimentality; his commentary is in the form of proverbial wisdom, completely devoid of literary cliché," the critic added. Němcová wrote this work in the Czech language, but left the monologues and dialogues in the original Slovak, and she herself often preferred to use more colorful Slovak terms over standard Czech ones in her own speech.

Němcová suffered two personal setbacks in 1854: her husband's involvement in nationalist circles was likely responsible for his dismissal from his job, and her gifted son Hynek died of consumption at the age of 15. The job of financially supporting her family now fell to her, but her luck turned with the publication of her novel Babička in 1855. The story, whose title is an affectionate Czech diminutive for "grandmother," is set in a typical Czech village and its eponymous character was said to have been modeled after Němcová's own beloved Czech grandmother. In the story, the grandmother comes to live with her daughter and son-in-law when they return to settle in Bohemia after living and working in Vienna. Their four children are delighted by the kindly babička and her lengthy tales of village lore. Literary critics term the tale an enriching look at the life and customs of Czechs in the era just before the modern world and political violence encroached.

Němcová included many details about Bohemian customs in Babička. The calendar, for example, centers around Roman Catholic feast days of the saints, and on November 11, they make rolls called "St. Martin's horns;" this is the day that the saint arrives on a white horse, but it is also near the time of first snowfall in the region. Other minor characters in Babička include the beneficent local duchess and the organ-grinder man. The musician's family is the poorest in the village, and they must sometimes dine on squirrels and crows to stave off hunger. When the duchess considers giving him a gift of coin, the grandmother counters that it is wiser to give a man a steady job instead, and the duchess agrees to hire him. Another minor character in the story is the tragic Viktorka, a young woman seduced by a soldier from a nearby garrison; Viktorka then drowns her own child and appears to succumb to madness before she is mercifully killed by lightning.

Though a rather sentimentalized view of Czech rural life in the nineteenth century, Babička caused a wave of praise for its author when it appeared in 1855. It was reviewed in the magazine Ozbor, whose critic commended it as outstanding new work of Czech literature. It was even translated into several languages and found an audience abroad. Another work from this period was Němcová's novella Karla. The title character's father is a peasant unlucky enough to be drafted into the Austrian Army. This required 14 years of service, but the homesick soldier died because he was separated too long from his homeland. He left a widow and infant son, and the mother disguises the child as a girl in order to spare it the father's fate. The teenage Karla's ruse ends during a heady three-day festival in which Shakespearean cross-dressing and misplaced romantic feelings propel the plot toward its conclusion. "The whole community takes the revelation of the mystery with great humor, indeed," wrote Součkova in The Czech Romantics. "Without suspecting the true reason, the village has often gossiped about Karla's strange behaviour and revels in the resolution of the puzzle."

Other works from Němcová's pen include The Mountain Village, a 1856 novel, as well as Poor Folk and The Teacher. The last work appeared in 1860, when the author was still living in Prague with her husband; she abandoned the marriage soon afterward after receiving an offer of financial support from the publishing house Augusta. Her husband warned her they were on the verge of bankruptcy, but she ignored him and went to Litomysl anyway. Six weeks into her contract, while staying at an inn whose room the company had agreed to pay for, she was abruptly released from her contract, allegedly for not producing work at a satisfactory rate. The setback left her destitute, and her husband brought her back to Prague. She died in 1862, possibly of cancer.

In the years since her death, Němcová has been celebrated by successive generations of Czech literary enthusiasts. Her work has been praised by no less than Franz Kafka and Milan Kundera, the two most influential Czech-born prose stylists of the twentieth century. Kundera called her "the mother of Czech prose," while Kafka, who wrote in German, noted once that "I know in Czech . . . only one music of language, that of Božena Němcová."