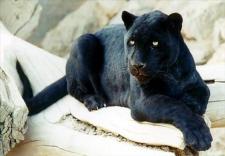 Driven to the Top of the Charts

In the 1980s, four heavy metal cowboys from Texas got to gether to form a band, creating their niche in the music world as Pantera, the Spanish name for “panther.” Singer Philip Anselmo, guitarist Diamond “Dime-bag” Darrell, bassist Rex, and drummer Vinnie Paul started out as a cover band in the bars in Texas, playing hits by Motley Crue and Bon Jovi, and went on to become one of the heaviest metal groups of the 1990s.

Brothers Paul and Darrell Abbott developed their interests in music while growing up in Pantego, Texas, where their father owned a recording studio. The boys were encouraged to experiment with the recording equipment and with music in general, which would eventually lead to Paul’s influence as Pantera’s co-producer. As Darrell recalled in Guitar World: “I can remember one birthday of mine where [Dad] said, ‘Son, you can either have a BMX bike or you can have this,’ and he pointed to a guitar. I ended up taking the bike, but he did plant a seed in my mind.”

That seed blossomed into the sound bandmembers categorize as “power groove”; Village Voice reviewer Daina Darzin described Pantera as “an angry, cantankerous, ferally aggressive band that channels all the free-floating rage of their environment into a murderous, metallic growl.”

Pantera released four independent albums before signing with a major label. In 1990, ATCO (now EastWest) released the group’s Cowboys From Hell LP onto the streets with such vigorous force that it soared to gold status. Featuring metal radio hits like “Cowboys From Hell” and “Cemetery Gates,” Cowboys From Hell gained most of its exposure from Pantera’s live performances. The band kicked off its club tour in April of 1990, and from there moved on to supporting slots on other major metal tours.

“We just tour and tour,” Anselmo told Billboard. “Our lives are on the bus, in the venue, and on the stage. It’s with the kids you get to know along the way. That’s what our lives are all about. Every night we play is Saturday night to those kids, and you’ve got to give it every drop you’ve got inside.”

Pantera played the Monsters of Rock festival tour, where they opened for AC/DC, Metallica and the Black Crowes. Lasting throughout the summer, the 18-date tour reached 1.2 million fans throughout Western and Eastern Europe. And on September 28, 1991, the tour stopped at the Tushino Air Field in Moscow. “We were

the smallest band on the bill,” Anselmo told Metal Edge about the band’s early achievements, “so our personal success could definitely be topped. We’re always looking for a little bit more.”

Pantera got their wish for “a little bit more” when they released their second LP, Vulgar Display of Power, in 1992. It reached Number 44 on the Billboard charts and sold more than a million copies. The cover of the album, which contained the band’s hit singles “Mouth For War” and “This Love,” fittingly depicted a fist smashing a face. “‘This Love’ alternates terrifying lyrics about a kidnapping/rape case with wrecking-ball drumming and an elegiac, poignant twine of melody that points to an infallible songwriting talent,” a reviewer noted in Village Voice.

Once again, Pantera earned the respect, dedication, and admiration of heavy metal fans across the world with their live shows. They played 285 concerts in 17 months to support Vulgar Display of Power. Through their tours, the group established a public image with fans that combined honesty and angst. In celebration of their Vulgar Display of Power tour, Pantera released a home movie about their life on the road. Appropriately titled Vulgar Video, it featured live footage, candid travel and backstage footage with the band and crew, plus several fan encounters, including one confrontation with Christian fundamentalists in the band’s hotel room.

Harry Palmer, president of EastWest, described Pantera’s concert appeal to Elianne Halbersberg in Billboard: “There is such a passion, a dialogue, between the band and audience. From a musical and lyrical communication viewpoint, they are the real deal. There is credibility; they are totally believable.… With Pantera, it comes totally from the heart.”

After recording their first two albums at the Abbott’s studio in Pantego, Texas, Pantera moved on to the new recording studio Paul and Darrell’s father opened in Nashville, Tennessee, for their third release. Away from their families and friends, with the exception of a twoweek interruption to perform in South America, the band put all of their time and effort into Far Beyond Driven. As with their other albums, their first Nashville effort was produced by Paul and longtime co-producer Terry Date. Though the band at first considered letting Paul produce the album completely, they had worked so well with Date in the past that they wanted him back at the helm of their latest effort.

Driven to the Top of the Charts

At midnight on March 22, 1994, Pantera launched the release of their third LP with an extensive record store campaign. They travelled to 12 cities in almost five days with MTV documenting their progress. Bandmembers signed autographs, met fans, and promoted Far Beyond Driven harder than ever. The band released “I’m Broken” as the album’s first single; the LP also contained the first cover song on one of their major-label releases—Black Sabbath’s “Planet Caravan.” Pantera’s hard work paid off; by March the LP had sold over 185,000 copies and had reached Number One on the Billboard album charts.

The success of Far Beyond Driven didn’t come from any musical coercion from EastWest. According to Steve Kleinberg, vice-president of marketing for the record company, EastWest has never attempted to direct Pantera’s musical direction. “Given their track record, it would be completely inappropriate for us to try and tell Pantera what to do,” Kleinberg told Larry Flick in Billboard. “You’ve got to trust them to know what their fans want. The fact is that they have tremendous credibility and integrity out there. We don’t want to get in the way of that.… Their direction is to get musically heavier as time goes on, and they want to be there with the kids who buy their records.” As long as heavy metal fans want Pantera around, the band insists they will not let them down. They play the kind of music they would expect from their own favorite band, and release their aggression, honesty, and angst in the hopes that someone will listen.

Additional information for this profile was obtained from EastWest Records press material, 1994.


One of the most intense metal bands to ever hit number one on Billboard 's album chart, Pantera became synonymous with the outer limits of rock aggression.

The group was formed by high school friends in Dallas. All the original members have remained except for vocalist Terry Glaze, who was replaced by David Peacock and finally Philip Anselmo, who joined in 1986. Pantera churned out a trio of clichéd metal albums from 1983 to 1985 whose only hints of future success came with Abbott's expert guitar solos.

Cowboys from Hell (1990) smartly avoids the gaudy quasi-Satanic imagery that typified the band's obscure 1980s output. With superb timing, they got the glam and big hair out of their system before they found fame. The album still contains some vestiges of 1980s excess, with Anselmo's voice at times rising to a shriek on the searing ballad "Cemetery Gates" and the apocalyptic "Shattered." But Anselmo's roaring vocals and the industrial-strength guitar and drum attack on "Psycho Holiday" and "The Art of Shredding" make it clear that this is no-hair band.

By 1993 Pantera was a household name among head-bangers, and with Metallica taking its time between albums, Pantera's emergence as a talented and uncompromising counterpart was welcome news to fans dismayed to see grunge grabbing the spotlight. Far Beyond Driven (1994) was a number one debut—the group had never even had an album in the Top 40 before. The group's high commercial watermark of the 1990s, it continues the group's trend toward bleaker, more antisocial themes. On "Good Friends and a Bottle of Pills," Anselmo languidly drawls a sordid tale of drug use and sex over jagged guitar riffs, while "Strength Beyond Strength" dramatizes a drug pusher's grandiose boasts. However, the album did mark the group's first foray onto mainstream radio, with their cover of the Black Sabbath ballad "Planet Caravan" reaching number twenty-one on Billboard 's Mainstream Rock Tracks chart.

Pantera eased off a bit for The Great Southern Trendkill (1996), which contains three ballads ("10's," "Floods," and "Suicide Note, Pt. 1"), but the predictability of the heavier songs makes this far less essential than previous 1990s efforts. In July 1996, Anselmo, who sang, "I've done it all but tap the vein" on Far Beyond Driven, collapsed after a heroin overdose and nearly died. However, he quit the drug cold turkey, surviving the harrowing withdrawal that accompanies the experience. After devoting time to side projects, Pantera scored an unexpected airplay hit in 1999 with its cover of Ted Nugent's "Cat Scratch Fever" for the Detroit Rock City soundtrack.

Pantera returned to its full-blast attack for Reinventing the Steel (2000), which made number four on the Billboard 200. The album shows a band content to churn out its trademark sound for longtime fans, without worrying about staying up-to-the-minute on alternative metal trends. After Reinventing the Steel, Pantera went on hiatus for a few years as members again returned to side projects. But they all insisted Pantera was still a going concern.