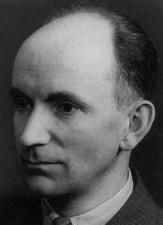 A prolific composer of more than 600 works, Henk Badings (1907-1987) is one of the best known figures in twentieth-century Dutch music. A favorite of critics and avant garde theorists, Badings wrote many works in the traditional diatonic scale but is most famous for his electronic and microtonal music. The Russian composer, conductor, and pianist Nicolas Slominsky described Badings's musical style in David Ewen's book Composers Since 1900: A Bio graphical and Critical Guide as "romantic modernism … in his melodic material he often uses a scale of alternating whole tones and semitones."

Hendrik Herman Badings was born on January 17, 1907, in Bandung, Java, Indonesia, to Dutch parents. His mother and father died when he was eight years old, and he was sent back to the Netherlands to live with a guardian. Although he studied violin and exhibited obvious talent, he was forbidden to pursue a career in music. Instead, Badings studied geology and mining technology at the Technical University of Delft. He graduated with honors in 1931 and began to work as a lecturer, assistant, and researcher in the school's paleontology and historic geology department.

Badings's interest in music had never abated, however, and he had continued to study independently. Shifting his focus from performance to composition, he wrote his first piece, a violin concerto, in 1928. During his later years at Delft, he studied briefly with the famous Dutch performer, critic, and composer Willem Pijper. Although their musical styles were completely different, Pijper influenced his young pupil sufficiently to write his First Symphony in 1930. The composition was premiered by the Concertgebouw Orchestra in Amsterdam while Badings was still a university student.

The work generated a great deal of public interest, especially since the composer was a virtual unknown. His Second Symphony, which followed two years later, was equally well received. His Third Symphony, composed in 1934, is one of his best known orchestral works and one that helped establish his international reputation as a composer. In that same year Badings took teaching posts at both the Rotterdam Music Conservatory and the Amsterdam Music Lyceum. He became a co-director of the Amsterdam school in 1937, when he was given the job of overhauling the school's teaching methods.

In the 1930s, while Badings was composing his first symphonies, he also produced smaller works, such as the Largo en Allegro in 1935 and the Symphonic Variations a year later. During this period his music was "predominantly elegiac, with generally dark orchestral colours and thick harmonies," according to Stanley Sadie in The New Grove Dictionary of Music and Musicians. David Ewen remarked on Badings's "serious, tragic overtones" during this period of composition. Even his famous Third Symphony is characterized by music Ewen calls "tragic and sparse … [that] seems to herald the coming war in a similar fashion to Vaughan Williams's Symphony no. 4 of the same year."

Beginning in 1941 the mood of his music began to lift, and he produced lighter, more playful pieces that are exemplified by his 1941 ballet Orpheus en Euridike and the comic opera Liefde's listen (Love's intrigues) in 1944. He composed smaller works during this period as well, including the well-known String Quartet no. 3.

During the German occupation of the Netherlands, Badings was installed as head of the State Music Conservatory in the Hague. Being given such a prominent position earned him much enmity, however, and many viewed his acceptance of the job as proof of his Nazi sympathies. According to Mark Morris in the Guide to 20th-Century Composers, the Nazis themselves lauded him as "the very model of a Nationalist Socialist artist." In 1946 Badings was convicted of collaboration and banned from all professional associations and activities for two years. David Ewen in Composers Since 1900 says he was "completely exonerated" of these charges in 1947. Less enthusiastic, Baker's Biographical Dictionary of Musicians states cryptically instead that he "was permitted to resume his career." Whether or not he was wrongly accused, the stigma of whispered Nazi collaboration continued to hang over him and protests accompanied the premieres of his works for many years afterward.

From the earliest days of his career Badings was fascinated with alternative tonalities, exploring music based on hexatonic (six-note) and octatonic (eight-note) scales. (Western music is based on the diatonic scale, with seven notes per scale in a familiar series of whole and half steps.) Despite these avant-garde leanings, much of his work is surprisingly melodic and traditional, marked by counterpoint and conventional thematic structure.

Despite the social and political turmoil of the 1940s, Badings produced some of his most important works during this decade. His third and fourth violin concerti debuted in 1944 and 1946, respectively; his Fourth Symphony premiered in Rotterdam in 1947. His Fifth Symphony, written in 1948 to commemorate the 60th anniversary of the Concertgebouw Orchestra, demonstrates his increasing interest in different tonalities—nondiatonic scales of six, seven, and eight notes.

Bading's interest in polytonal (nontraditional) composition led him to explore electronic music beginning in the early 1950s, although he continued to write more conventional orchestral pieces as well. His radio opera Orestes, first broadcast in 1954, combines musique concrète (the earliest type of electronic music, which uses recorded sounds that are altered and distorted) and acoustic instruments. The opera won the Prix Italia in 1954 and was later broadcast in an English translation by the BBC. His opera Salto mortale (Death leap), which won the Salzburg Award in the International Competition of Television Societies in 1959, was the first to use an entirely electronic score. Ewen calls Martin Korda, D.P. Badings's 1960 opera, his "most successful use of electronic sounds … [Set in a] displaced persons' camp … Badings uses electronics to suggest the nightmarish quality of a hallucination. Loudspeakers throughout the auditorium helped make the audience acutely conscious of the experience of terrifying unreality."

In 1951 Badings developed and expanded his theories in Tonaliteitsproblemen in de nieuwe muziek (Tonality problems in new music), a paper published by the Flemish Academy of Sciences. He began to compose his most ambitious pieces yet, using a 31-tone octave first proposed by the seventeenth-century Dutch scientist Christiaan Huygens. In this musical system the whole tones are divided into fifths, each of which is called a diése. Several of these microtonal pieces were composed for a unique 31-tone organ that had been designed by the Dutch physicist Adriaan Fokker; Reeks van kleine klankstukken in selectieve toonsystemen foor 31-toonsorgel (Series of small sound pieces in selected tone systems for 31-tone organ) and Suite van kleine klankstukken (Suite of small sound pieces) were both composed in 1954.

Working with the Philips Company in Eindhoven, Badings helped establish an electronic music studio in 1956. The studio became part of the University of Utrecht in 1961, with Badings retained as its director. This was his first academic foothold since 1946, and he taught acoustics and information theory at the university for 16 years. In that same year he began a 10-year stint as a professor of composition at the Staatliche Hochschule für Musik in Stuttgart, Germany. His international work as a visiting professor took him to the University of Adelaide, Australia; Point Park College, Pittsburgh, Pennsylvania; and South Africa.

In 1959 Badings began to use computers to both compose and analyze music. His Toccata 1 and Toccata 2, for example, were based on a series of electronically generated tones. By using computers to study the mathematical relationships between notes and applying it to Haydn's works, he also developed a method of dating musical compositions based on the probabilities inherent in their tonalities and harmonies.

Badings's music was almost always commissioned and was usually a critical success as well. In addition to the Prix Italia and Salzburg Awards, he won a string of honors that began with the Sienese Accademia Chigiana Prize for his Piano Quintet in 1952; the Paganini Prize, awarded for two violin sonatas in 1953; and his Double Piano Concerto, which won the Marzotto Prize in 1954. He earned a second Prix Italia in 1971 for the oratorio Ballade van die bloeddorstige Jagter (Ballad of the bloodthirsty hunter); the Sweelinck Prize, awarded by the Dutch government, for lifetime achievement in 1972; a medal of arts, sciences, and letters from the Académie Française in 1981; and a posthumous award for the best European choral composition in 1988.

Badings lived in Maarheeze, the Netherlands, for the last 15 years of his life. He died there on June 26, 1987.