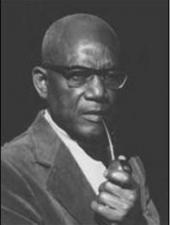 At the time of his death in 1989, Birago Diop was one of Senegal's most prominent writers, and had been since he first rose to fame in the 1950s. Though he wrote in the French language, Diop's works drew upon the folktales of his West African nation's indigenous Wolof culture. An obituary in the Times of London praised his "deceptively simple stories" with their "many memorable animal-people and master-tricksters."

Born on December 11, 1906, Diop came from the Ouakam area just outside of Dakar, Senegal's largest city and later its capital. At the time, Senegal was part of French West Africa. The country was situated on the African bulge on the Atlantic Ocean coast, and it had once been a major slave-trading center in centuries past. Slaves were captured from the Wolof, its largest ethnic group, and from the Fula, Serer, Jola, and Mandinka ethnic groups. Though animist beliefs were still strong, Islam had dominated Senegal's culture since the eleventh century.

Diop's father was a mason, but left the family when the mother, Sokhna, was pregnant with Diop. He grew up with two older brothers, and by the age of fifteen was living in Saint-Louis, then Senegal's capital, where he was a scholarship student at the Lycée Faidherbe, a French-language school. As a young man he served a stint in the military as a nurse in a military hospital in the city in the late 1920s, and from there went on to France to attend veterinary college.

In France, Diop studied at the École Nationale Vétérinaire in the city of Toulouse, and completed further studies in exotic veterinary medicine in Paris. While living in the culturally flourishing capital in 1933, he met other black writers from French colonies in Africa and the Caribbean. These included Léopold Sédar Senghor, also from Senegal, and Martinique's Aimé Césaire. Encouraged by Senghor, Diop began writing during this period, and his earliest poems were published in L'Etudiant noir (The Black Student), edited by Césaire. L'Etudiant noir was the leading voice of the exciting new Négritude literary movement. Négritude opposed the assimilation of black writers into European culture, arguing instead for a unique black voice within French culture.

When Diop returned to Senegal, he took a job as head of the government cattle-inspection service in Senegal and the French Sudan (now Mali). But he had long been fascinated by the folktales of Senegal's tribes, the first of which he had heard as a child from his grandmother. His veterinary work took him to remote regions of the interior, where he learned other stories from tribal elders. These he sometimes shared with other Négritude writers when he found himself stranded in France once again during World War II. They urged him to commit these oral folktales to paper, and his homesickness spurred him to write them down.

When Diop finally returned to Africa, he served as director of zoological technical services in Ivory Coast and Upper Volta after 1946, but his literary debut came in 1947 with Les Contes d'Amadou Koumba, a collection of short stories based on Senegalese folk takes. Diop claimed that Amadou Koumba was a griot, or traditional West African storyteller, that Diop had met on his travels, but he later said that Koumba was a composite of many such griots he had come to know.

The animal-centered tales in Les Contes d'Amadou Koumba usually featured a rivalry between hyena and a clever rabbit known as Leuk the Hare. In one, Leuk urges the other animals to burrow with him one night to a nearby village called N'Doum, where he knows of an immense storehouse of food in a doorless hut surrounded by seven tall reed fences. The food has been stored there by King Bour, who also put his daughter there to see if she would become pregnant. "So Rat, Palm-squirrel, Civet-cat, Skunk, and the others burrowed all night till they emerged into the doorless hut, but as soon as they saw that the riches Leuk had promised them were guarded by a girl, they turned tail and fled," wrote Diop. "The memory of the misfortunes that had befallen their forebears came back to them. They remembered in time that in N'Doum girls were as skilful as boys in handling cudgels and huntingspears. So they all fled back to the bush, vowing to get their own back on Hare, who watched them scamper away."

Left with the lonely princess Anta, Leuk offered to serve as her husband. When she asked his name, he replied "Mana" ("It's me"). In time, she became pregnant, and her father, King Bour, grew angry when reports reach him that a child's cries have been overheard from the doorless hut. When Bour asks Anta who the father of the child is, she replies, "Mana." Bour then asks the child who is father is, and the child answers "Mana," too. Confused, the king assembles all the animals in a circle, gives the child a treat, and tells the boy to give them to his father. Despite his attempts to evade detection, Leuk is caught and Bour threatens to kill him. But Leuk skillfully pleads for his life, and so Bour demands that he venture forth and bring back a panther skin and one from a lion as well, a set of elephant tusks, and also the hair of Kouss, a bearded goblin. The story continues in the next tale in Diop's volume.

Diop's work proved so popular in Senegal that he published a second volume, Les Nouveaux Contes d'Amadou Koumba ("The New Tales of Amadou Koumba"), for which Senghor authored the preface. In 1960 Diop's first volume of poetry, Leurres et lueurs, appeared, and that was the same year that the Senghor-led independence movement gave Senegal its first elected black government, with Senghor as president. Senghor sent Diop to Tunisia as Senegal's ambassador to the North African nation.

Diop established his own veterinary practice in Dakar after 1964, and continued to write folktales and dramas. Widely celebrated for his writing, he won many awards and spent years writing a five-volume autobiography. His last work was Mother Crocodile: MamanCaiman, a volume of short stories, which appeared in 1981. Only this and Contes et lavanes, a 1963 collection of folk tales, have been translated into English. He died at the age of 83 in Dakar. Married to accountant Marie-Louise Pradére for many years, he was the father of two children, Renee and Andree.