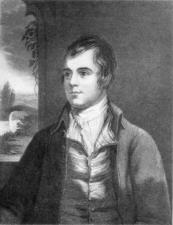 oxford
views updated
Henryson, Robert (d. ante 1505). Scottish poet. Very little is known of him, but he must have been born before 1450. He is usually said to have taught at the grammar school at Dunfermline abbey, and is probably the Robert Henryson recorded at Glasgow University in 1462. By 1478 he was a notary public at Dunfermline. His poetry was very popular with contemporaries, and by 1599 large quantities of his Testament of Cresseid had been printed in Scotland, and many manuscripts survive. In poems such as Orpheus and Eurydice, The Fables, and his finest poem, Cresseid, he blends medieval and humanist elements with great technical mastery. The Lion and the Mouse links a moral fable to a criticism of the kingship of James III—the lion a ruler who does not govern, the mice the ‘commonty’ who as a result rebel. He is now recognized as one of Scotland's finest poets.