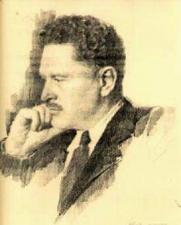 Hikmet revolutionized Turkish poetry in the 1930s by rejecting the literary conventions of the Ottoman Empire and introducing free verse and colloquial diction. His poetry is powerful, emotional, and humanistic, his oeuvre is voluminous and varied, and his verse has been extremely popular and influential. Among Hikmet's most acclaimed works are two long poems, Simnavna Kadısı Oğlu Şeyh Bedreddin destani (1936; tr. The Epic of Sheik Bedreddin, 1998) concerning a religious revolutionary in 15th-century Anatolia, and Memleketimden insan manzaraları (1967; Human Landscapes from My Country, tr. 1982, rev. tr. 2002), a verse novel. He also wrote a number of plays, novels, and stories.