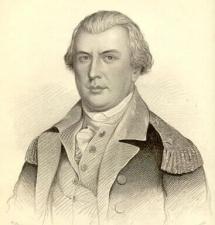 oxford
views updated
Greene & Greene. Charles Sumner (1868–1957) and Henry Matthew (1870–1954) Greene were important American Arts-and-Crafts architects who established their practice in Pasadena, CA, exciting attention with their Kinney-Kendall Building (1896): it had simplified façades of mullions, wide friezes, and a crowning entablature. Thereafter, however, their work was almost entirely in the field of domestic architecture, with low-pitched roofs reminiscent of Swiss chalet architecture, the Italianate style of Schinkel and Thomson, and the Prairie houses of F. L. Wright. Good examples of their work were the Robert C. Blacker House (1907), the David B. Gamble House (1908), and the S. S. Crow House (1909), all in Pasadena. In all three, massive over-sized timbers, over-hanging roofs, and a careful relationship with the landscape were hallmarks of their style.