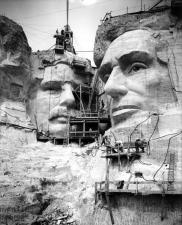 One of the leading American impressionist painters, Theodore Robinson (1852-1896) was instrumental in introducing impressionism into American painting.

Theodore Robinson was born in Irasburg, Vt., on June 3, 1852. He grew up in Evansville, Wis., where his father, a Methodist minister, ran a clothing store. At the age of 18 Robinson went to Chicago to study at the Art Institute. Chronically afflicted with asthma, he was sent to Denver for his health, after which he studied at the National Academy of Design in New York City. He was one of the founders of the Art Students League, whose name he suggested.

In 1877 Robinson went to Paris and studied with J. L. Gérôme and then with C. E. A. Carolus-Duran. In 1879 Robinson was in Venice, where James McNeill Whistler gave him a little picture and probably influenced his style. Robinson's stay in Venice was important in his artistic development. He returned to the United States in 1880.

Robinson was active in the Society of American Artists, which was formed in protest against the National Academy of Design. He taught, worked for 3 years for a decorating firm in Boston, and helped John La Farge on the decoration of the Vanderbilt house at Tarrytown.

In 1884 Robinson returned to his beloved France. In 1887 he went to Giverny to see Claude Monet, the decisive step of his career. Impressionism was on the way, and Monet drew Robinson to nature; for him and for a large part of American painting this marked the decisive shift from the Barbizon school to impressionism. From then on Giverny was the fixed point of his life, and he always passed through there on his trips back and forth to the United States. But he was in no sense a pupil of Monet's and did not receive criticism from him as did some other Americans. Despite his shyness and lack of self-confidence, Robinson was fiercely independent and it is most unlikely that he would have welcomed advice on his work.

A great traveler, Robinson would often disappear, and his numerous friends would not know where he was. He lived very frugally, almost secretively, and never married. He died in New York City on April 2, 1896.

A pioneer of impressionism in the United States, Robinson was one of the most brilliant and talented American artists of the period. It is a mistake to think of him merely as a follower of Monet, for he was a delicate and individual painter in his own right. Robinson said of himself that perhaps he was born to make sketches, but his fine and spirited little paintings have lasted far better than the monumental efforts of some of his contemporaries.

The only modern treatment of Robinson is John I. H. Baur, Theodore Robinson, 1852-1896 (1946), which was responsible for the current revival of interest in Robinson's work and has not been superseded. The best account by a contemporary is in Will H. Low, A Chronicle of Friendships, 1873-1900 (1908). □

Ashcan School , The Ashcan School was the first art movement of the new century in America, and its first specifically modern style. Active in the first two decades… Horace Pippin , Pippin, Horace 1888–1946 Painter The most celebrated African American painter of his time and one of the greatest of any period, Horace Pippin had an… Robert Motherwell , Motherwell, Robert Motherwell, Robert (b. 24 January 1915 in Aberdeen, Washington; d. 16 July 1991 in Provincetown, Massachusetts), painter, printmak… Joseph Stella , Joseph Stella (1877-1946), Italian-born American futurist painter, is best known for his dynamic interpretations of Brooklyn Bridge at night, with it… Alexander Calder , Alexander Calder American sculptor, painter, and illustrator Alexander Calder (1898-1976), through his construction of wire mobiles, pioneered kineti… John Henry Twachtman , John Henry Twachtman (1853-1902) was one of the leading American impressionist painters. His most characteristic work is marked by an extreme lightne…