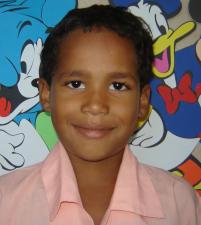 The Paraguayan dictator Carlos Antonio López (1792-1862) was the greatest of all the presidents of his country. He ended Paraguay's isolation, maintained its independence, and laid the foundations for its prosperity.

Born in Asunción on Nov. 4, 1792, Carlos Antonio López was one of eight children. Educated at the Colegio Seminario de San Carlos, López joined its faculty in 1814. When José Rodriguez Francia closed the school, López practiced law and gained a reputation for learning and probity.

After Francia's death, López controlled the temporary government and the Congress which was called in March 1841. This Congress created the Second Consulate, which López dominated. Reversing many of Francia's policies, he established relations with other countries, promoted foreign trade, permitted foreigners to enter and leave freely, reestablished the Church, created a monetary system, and reorganized the army. Although independent since 1811, Paraguay had no formal document declaring itself sovereign. Congress remedied this oversight on Nov. 25, 1842, and in 1844 adopted a constitution which provided for a president-dictator. López, through controlled elections, held this position until his death.

López retained control over all phases of government. Less oppressive than Francia, he permitted little genuine freedom. All members of his family became very wealthy, but López was completely devoted to Paraguayan development and cared little for personal wealth. Although López was concerned primarily with economic development and foreign affairs, he encouraged controlled cultural growth, greatly aided by an influx of foreign scholars, artists, and architects who established educational institutions and adorned the capital. Free and obligatory education for boys increased literacy.

In dealing with Argentina and Brazil, López won recognition of Paraguay's independence but failed to obtain boundary settlements. Fearing war with Brazil, he created a standing army of 18, 000, the largest in South America, although its strength has been vastly overrated.

Even while relations with his neighbors were deteriorating, López became embroiled with the United States. Cancellation of concessions to an American company, damages to an exploring vessel, the Water Witch, and failure to ratify a treaty caused the dispute. To force a settlement, the United States in 1859 sent a commissioner with a large expedition to the Plata. López agreed to arbitration of the claim, payment of reparations for the Water Witch affair, and ratification of the pending treaty. The arbitration denied the company's claim for damages.

López gave no more concessions to foreign capital. He sent his oldest son to Europe in 1853 to sign contracts with J. and A. Blyth of London and to negotiate treaties. The Blyths, serving as agents for Paraguay, recruited scores of engineers and skilled workmen who built various enterprises, including an arsenal, a foundry, a shipyard, a telegraph line, and a railway. López paid the bill with income from government monopolies, which yielded enough to eliminate practically all taxes.

When López died on Sept. 10, 1862, he left a country economically strong, well endowed with military strength, and a people fanatically dedicated to maintaining their independence.