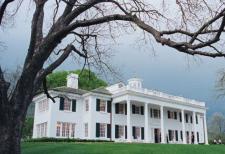 H. L. Hunt (1889-1974) was an entrepreneur who built a financial empire from a small early investment in oil in Arkansas. In his later years he was perhaps the world's richest man.

Born on his father's farm near Vandalia, Illinois, on February 17, 1889, Haroldson Lafayette Hunt worked nearly full-time on the farm as a boy, reaching only the fifth grade in the public schools. At age 16 he left home, travelling across the United States working as a farmhand, cowboy, lumberjack, and mule skinner. When his father died in 1911 he left the young man an inheritance of about $6,000. With that money Hunt bought himself a cotton plantation near Lake Valley, Arkansas, in the Mississippi Delta.

Not content with simply farming, Hunt began speculating in cotton and timber land near Lake Providence, Louisiana. By 1920 he owned some 15,000 acres of land in Arkansas and Louisiana on which he planted cotton to take advantage of the high prices during World War I. With the end of the war, however, the cotton market collapsed, and the value of Hunt's cotton lands plummeted accordingly. He then began looking for more lucrative sources of income. Upon hearing rumors of an oil strike in El Dorado, Arkansas, he decided to strike out for the area. A more conventional man would undoubtedly have sold his land, but not Hunt. Recognizing that the land would someday rise in value, he borrowed $50 and headed for El Dorado.

Once there he began trading in oil leases. His mode of operation was to ask a farmer how much he wanted for his land, go back into town and offer to sell the land to an oil prospector for a higher price, and then buy and sell the land practically simultaneously, making a profit without investing a penny of his own money. After six months of this trading, Hunt had enough money to lease a half-acre of land on his own. Paying freight and demurrage, he brought in an old rotary rig, drilled, and struck oil. Within a short time he owned some 44 producing wells in the El Dorado area. In 1924 he sold a half interest in 40 of these wells for $600,000.

Throughout the rest of the 1920s Hunt continued to drill wells in Arkansas and also in Oklahoma and Louisiana. By the end of the decade he had 100 producing wells throughout the South and Southwest. Hunt's greatest coup came in September 1930 when he joined forces with a wildcatter named C. M. "Tex" Joiner. Joiner had discovered a vein of oil on his 4,000 acre spread in Rusk County, Texas, but lacked the capital to drill and was too far in debt to borrow any. At that point he decided to sell his land, but the large oil companies were not interested because they were afraid that his titles were not in good order. Since most independent oilmen had been hard hit by the crash in October of 1929 they were not able to invest either.

Hunt went to Joiner and offered him a deal. In return for $30,000 in cash and an agreement to pay him $1.2 million in oil (if and when it was produced), Hunt acquired rights to the site of the greatest oil discovery in the world up until that time and the first major strike in what later would become the lucrative oil terrain of East Texas. A leading historian of the industry has commented that "More independent oil fortunes came out of the East Texas field than from any other place in the world." It was primarily because of the great size of the field. This, in turn, became a great turning point in Texas history. Prior to this time local oil men always had to go hat in hand to the major oil companies to solicit funds for expansion and development. But Hunt, like some others, was able to build his own pipelines and to supply Sinclair Oil Company tank cars with his own oil.

To exploit this new field, the Hunt Oil Company was founded in 1936. First headquartered in Tyler, Texas, it later moved to Dallas where it grew to become the largest independent oil producer in the United States. During World War II the amount of oil Hunt sold to the Allies exceeded the total German output. He also supplied 85 percent of the natural gas piped into the eastern United States in 1946 to help relieve the critical fuel shortage of that year. It was during these years that Hunt began to develop large holdings in real estate, and at one time he was also the largest pecan grower in the country. In later years he began getting involved in the production of canned goods, health products, and cosmetics, all of which were placed under the umbrellas of HLH Products of Dallas. By the time of his death in 1974 Hunt's fortune was estimated at between $2 and $3 billion, and he was earning about $1 million a week.

During the early 1950s Hunt increasingly turned his interest to politics. Deeply concerned with what he felt was a serious communist menace to the United States, he founded the Facts Forum in 1951 as an educational foundation. This organization produced and distributed radio and television programs and subsidized the mass distribution of anticommunist and patriotic books and pamphlets. After having spent some $3.5 million on the organization, Hunt suspended its operation in 1956. Two years later it was revived under the name of Life Line, producing 15 minute radio programs. In 1964 Hunt began writing a conservative newspaper column and also wrote several books dealing with aspects of conservative ideology.

Hunt also got increasingly involved in electoral politics. In 1952 he headed the MacArthur for President movement, and it was rumored that he put up $150,000 for the effort. He agreed to support Eisenhower only reluctantly in that year and in 1956. In 1960 Hunt pushed hard for the nomination of Lyndon B. Johnson, since Johnson had supported oil depletion allowances (for tax purposes) throughout his career in the House and the Senate. After Johnson failed to gain the presidential nomination, but agreed to become John F. Kennedy's running mate, Hunt supported the latter with a contribution of some $100,000. Kennedy, however, did not reciprocate. Smarting under that rebuff and disgusted with Johnson's liberal policies after assuming the presidency in 1963, Hunt supported Barry Goldwater in 1964.

Hunt had four sons, and three of the four achieved some notoriety. Lamar Hunt owned the Kansas City Chiefs of the National Football League; Herbert Hunt supervised the operation of Hunt Oil Company, the $735 million family held oil corporation; and in 1979-1980 Nelson Bunker Hunt led a family attempt to corner the world silver market, which ended in near disaster for the world monetary system, the American economy, and the Hunt family fortune, with losses estimated at some $300 million.

An unpretentious man and a bit of an eccentric, Hunt lived in a relatively modest home in Dallas. There he cut the grass himself each week and took his lunch to work daily in a brown paper bag. Despite this unassuming demeanor, Hunt was often overheard introducing himself to strangers by proclaiming: "Hello, I am H. L. Hunt, the world's richest man…." He died in Dallas on November 29, 1974.

There is no biography of Hunt, but there is valuable information in James Presley, A Saga of Wealth: The Rise of the Texas Oilmen (1978). Additional information on the industry and its political thrust can be found in Carl Solberg, Oil Power (1976).