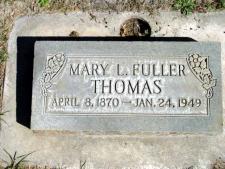 oxford
views updated
Fuller, Thomas (1823–98). English architect. He settled in Canada (1857), where he formed a partnership with Canadian-born Chilion Jones (1835–1912). They designed St Stephen's-in-the-Fields, Toronto (1858), in the Gothic style, before building their grandest work, the Parliament Building, Ottawa (1859–67), the Gothic Revival style of which emphasized the connection between the traditions of Great Britain and British Canada. Only the library-block (reminiscent of a medieval chapterhouse) survives, as the building was destroyed by the tragic fire of 1916 and reconstructed on simpler lines by J. Omar Marchand (1873–1936) and John A. Pearson (1867–1940). Fuller won the competition to design the New York State Capitol in Albany in 1863, later altered by Eidlitz and Richardson after Fuller and his then partner Augustus Laver (1834–98) were dismissed after a newly-formed Advisory Board recommended major changes to the plan and of style. Fuller and Laver won the competition to design the San Francisco City House and Law Courts (1871—destroyed 1906), but its construction was fraught with difficulties, and Fuller returned to Canada in 1881 as Chief Architect of the Department of Public Works, and under his aegis some 140 buildings were designed and erected, including post-offices in a variety of styles, all substantial works of architecture.