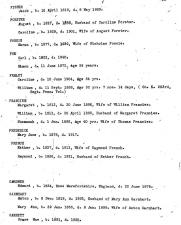 oxford
views updated
Forster, William Edward (1818–86). Forster was a hard-working politician whose greatest achievement was the Education Act of 1870. He was the son of a quaker missionary and began his career in the Yorkshire woollen trade at Bradford. In 1861 he was returned for Bradford as a Liberal. He was given office under Russell in 1865 and in Gladstone's first ministry put in charge of education as vice-president of the council, being brought into the cabinet in 1870. His Education Bill proposed state schools where voluntary schools had not been established, to be administered by elected school boards. The religious difficulty was met by the Cowper-Temple clause, whereby the religious instruction was to be undenominational. Forster also guided through secret ballot in 1872. There was considerable support for him as party leader on the first of Gladstone's retirements in 1875, but many of Forster's fellow-dissenters were bitter at what they regarded as a religious betrayal in 1870, and he withdrew in favour of Hartington (Devonshire). In 1880 he was appointed chief secretary in Ireland. His Coercion Bill the following year was fiercely contested, with many threats against his life. In 1882 he resigned when Gladstone negotiated the Kilmainham ‘treaty’ with Parnell. His successor, Lord Frederick Cavendish, was murdered within a few hours of his arrival in Dublin. Forster's offer to return to Ireland was not accepted and though he retained his seat, he did not again hold office.