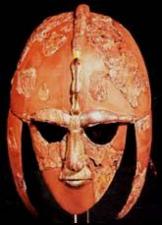 oxford
views updated
Tostig, earl of Northumbria (c.1025–66), younger brother of Harold, who was briefly, in 1066, king of England, and of Eadgyth, Edward the Confessor's queen. With Tostig's appointment to Northumbria, his family seemed set to dominate the English kingdom. But he was driven out by a local rebellion in 1065. He blamed Harold for not attempting to secure his reinstatement, and in exile raised a force which raided the English coast. Achieving little, he joined the army led by Harold Hardrada, king of Norway, and was killed at the battle of Stamford Bridge. Tostig's unpopularity in Northumbria may well have made the wary Harold reluctant to support him. Whatever the case, their bitter quarrel had disastrous results since, united, the two brothers would surely have been able to do much more to prevent the Norman Conquest than was ultimately possible.