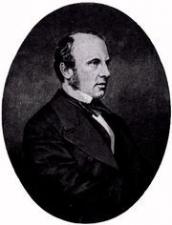 oxford
views updated
Stratford de Redcliffe, Stratford Canning, 1st Viscount (1786–1880). Diplomat. Son of a London merchant and cousin of George Canning, Stratford Canning was sent to Eton and King's College, Cambridge, before entering the Foreign Office. He served in Denmark, Turkey, Switzerland, and the USA. He was in Constantinople at the time of the battle of Navarino (1827) and again as ambassador 1841–58. He urged the Turks to resist Russian demands in the exchange which led to the Crimean War. In 1852 he was made viscount and in 1869 was given the Garter. His title, which the Complete Peerage understandably calls ‘a strange medley’, commemorates the 15th-cent. Cannynges who were associated with St Mary Redcliffe, Bristol. Canning, with a handsome presence and majestic manner, was one of the grandest of old-style diplomats. Malmesbury wrote that his talents were undisputed but that he was so ‘despotic and irritable’ that they were only of use in certain situations.

Marie Le Jars De Gournay , Marie le Jars de Gournay Marie le Jars de Gournay (1565-1645) was one of Renaissance France's most active literary figures. She served as the posthum… Battle Of Navarino , The Battle of Navarino on October 20, 1827, resulted from a joint Anglo-French-Russian effort to mediate the Greek–Ottoman civil war. The three count… Boris Vladimirovich Sturmer , STÜRMER, BORIS VLADIMIROVICH (1848–1917), government official who reached the rank of president of the State Council, or premier, of the Russian Empi… Jean Le Clerc , Arminian theologian and biblical scholar; b. Geneva, March 19, 1657; d. Amsterdam, Jan. 8, 1736. Le Clerc (Clericus) studied at Grenoble and Saumur a… Oblate , Oblate The word oblate, meaning "one offered" or "made over to God," has had various nuances in the history of the Church. Children. From the 4th cen… Merchants Of The Steelyard , Merchants of the Steelyard Steelyard, Merchants of the Merchants of the Steelyard, German hanse, or merchants guild, residing at the Steelyard on the…