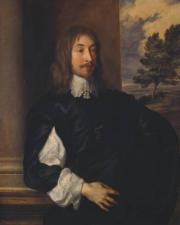 Sir Anthony Shirley, 1565–1636?, English adventurer. He fought in the Netherlands (1586) under the earl of Leicester and in France (1591) under the earl of Essex, who became his patron. He was knighted by Henry IV of France but without the permission of Elizabeth I, who had him imprisoned. Released after relinquishing the honor, he was still generally known as Sir Anthony. He organized a buccaneering expedition in 1595, and his adventures in Jamaica and North America were related (1598) in Richard Hakluyt's collection of narratives of voyages. In 1598 he set out for Persia, where, falsely representing himself as an English envoy, he gained some trading privileges. Returning (1600) to Europe as the shah's envoy, he visited various European courts attempting to arrange alliances with Persia against the Ottomans. Although unsuccessful in this, he was favorably received at many courts. Holy Roman Emperor Rudolf II sent him (1605) on a mission to Morocco. He was made a count of the Holy Roman Empire and an admiral of the Spanish navy. After the failure (1609) of an expedition that he led for Spain against the Ottomans in the Mediterranean, Shirley lost favor at the Spanish court, although he received a pension. After 1611 he lived in Madrid in poverty. His account of his Persian travels was published in London in 1613.