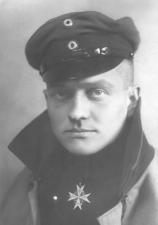 oxford
views updated
Goring, George (1608–57). Royalist commander in the Civil War. Despite being universally disliked, George, Lord Goring, rose high in the king's service. He was first under Newcastle in Yorkshire and gained a notable victory over Sir Thomas Fairfax at Seacroft Moor in March 1643. At Marston Moor, in 1644, he commanded the left wing of the royalist army. After driving Fairfax's cavalry from the field, his men returned in disorder, and were routed by Cromwell's cavalry. Goring's ambition divided the royalists and the outrageous behaviour of his troops towards civilians discredited their cause. After Naseby, Goring was forced to give up the siege of Taunton by the approach of Sir Thomas Fairfax's victorious army. Despite the tactical brilliance with which Goring deployed his men at Langport, they were easily vanquished in July 1645. Goring then fled the country and joined the service of Spain, where he died. Clarendon, no friend, recognized Goring's wit and courage, but declared that he could ‘without hesitation, have broken any trust, or done any act of treachery’.