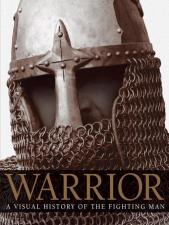 The Hungarian statesman Francis Deák (1803-1876) was one of the creators of Austria-Hungary. Called the "Sage of the Nation," he was the architect of the Austro-Hungarian Compromise of 1867.

The son of a nontitled nobleman and estate owner, Francis Deák was born at Söjtör on Oct. 17, 1803. After studying law, he joined the administration of his native Zala County. In 1833 he became one of his county's representatives at the national Diet at Pozsony (Pressburg, Bratislava), and from then on his activities became irrevocably linked with Hungarian national politics. At this time Hungary was under the control of the Austrian Hapsburgs, who, during the past 3 centuries, had made repeated efforts to integrate the country into their dynastic state. With the rise of 19th-century Magyar nationalism, however, the politically conscious Hungarian leading classes reacted and demanded the reestablishment of the original "personal union" relationship (partnership under a common ruler) with Austria, while also calling for liberal social and political reforms.

During the 1830s Deák championed such causes as the liberation of serfs, Polish liberties, religious freedom, and freedom of speech. During 1841-1842 he chaired the commission that recommended the elimination of corporal punishment, the death sentence, and the feudal courts and called for the introduction of a new court and jury system. However, the commission's proposals were defeated at the next Diet (1843-1844).

By this time Deák's unquestioned integrity, good judgment, and dedication to progressive goals had made him a most respected national leader, and in 1847 the factionalized liberals turned to him to draw up the program of the "united opposition." By combining Louis Kossuth's radical views and Baron Joseph Eötvös's centralist ones with his own, he formed the basis of the "March-April Compromise" of 1848, which transformed Hungary into a near-independent parliamentary state under its own responsible government.

Deák became the minister of justice in the new Batthyány government. In this post he devoted his attention both to the liquidation of the remnants of feudalism and to the prevention of a final break between Hungary and the dynasty. Following the Batthyány government's resignation (Sept. 28, 1848), Deák continued his parliamentary work. But in December he was unsuccessful in negotiating a compromise with Prince Alfred Windischgrätz, the commander in chief of the Austrian imperial forces sent to put down the Hungarian revolution. Deák then withdrew from politics and retired to his estate at Kehida.

Deák did not return to politics until 1854. In that year he moved to Pest, and thereafter his home became the center of Hungarian national politics. It was there that he worked out his successful policy of passive resistance and noncollaboration.

When Francis Joseph of Austria appeared willing to negotiate following the Italian defeat in 1859, Deák assumed the leadership in the negotiations and formulated specific conditions in parliamentary addresses to the throne. Aided by Eötvös and Count Julius Andrássy, Deák began serious negotiations in 1865, although they were interrupted by the Austro-Prussian War of 1866. Deák's partial retreat in accepting the idea of common foreign, military, and financial affairs, together with his refusal to raise his demands after Austria's defeat, helped result in the Compromise (Ausgleich) of 1867, which transformed the Hapsburg Empire into the dual state of Austria-Hungary.

Having attained his goal, Deák declined to head the new government or to serve in the Cabinet headed by his protégé Andrássy. Nor did he accept any titles or honors for his achievement, although he remained the acknowledged leader of the ruling political party, which bore his name. But age, infirmity, and increasing dissatisfaction with Hungarian liberalism as it developed during the 1870s gradually caused him to withdraw from active politics. A confirmed bachelor, Deák died in Budapest on Jan. 28, 1876.

Anglo-American scholarship has been very remiss on Deák, and aside from Florence M. Arnold-Forster's slight and out-of-date account, Francis Deák, Hungarian Statesman: A Memoir (1880), there is virtually nothing available in English. Imre Lukinich, A History of Hungary in Biographical Sketches (1937), contains only a brief popular account. Those who read French can consult Louis Eisenmann, Le Compromis Austro-Hongrois de 1867 (1904), which has much to say about Deák. Others must rely on general works on 19th-century Hungary and the Hapsburg Empire. The most detailed one-volume work on Hungary is Dominic G. Kosáry and Steven Bela Vardy, History of the Hungarian Nation (1969). On the empire, C. A. Macartney's monumental The Habsburg Empire, 1790-1918 (1968) supersedes all previous works. □