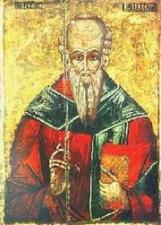 Attila , Attila Attila (died 453) was a chieftain who brought the Huns to their greatest strength and who posed a grave threat to the Roman Empire. The Huns f… Emperor Of Rome Flavius Honorius , Honorius, 384–423, Roman emperor of the West (395–423). On the death (395) of Theodosius I, the Roman Empire was divided; Arcadius, the elder son, re… Alaric , Alaric Alaric (ca. 370-410) was a leader of the Visigoths who clashed repeatedly with the Roman Empire and led his troops in the sack of Rome in 410.… Vespasian , Vespasian Vespasian The Roman emperor Vespasian (9-79) was the founder of the Flavian dynasty, which marked the shift from a narrow Roman to a broade… Huns , Huns The Huns included Asiatic peoples speaking Mongolic or Turkic languages who dominated the Eurasian steppe from before 300 b.c. In the third cent… Flavius Ricimer , Flavius Ricimer Flavius Ricimer (died 472) was a Romanized German political chief and the central power in the Western Roman Empire in the mid-5th ce…