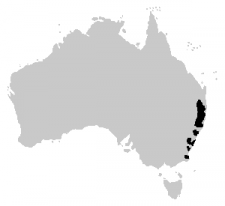 For information on the life of Balbus, we must depend upon the scanty data appearing in his works. He served as an officer in the campaing that opended Dacia to the Romans (see Lachmann, p. 93). Since Balbus does not name the reigning emperor, this may have been either the war of Domitian, which started in a.d. 85, or one of the campaigns of Trajan, which terminated in a.d. 106 with the conversion of Dacia into a Roman province. The second possibility seems more likely. Immediately following his return from war. Balbus completed a treatise dedicated to a prominent engineer named Celsus, about whom nothing has come down to us.

Authenticated Works. Balbus’ work in its oldest manuscript, the so–called Arcerianus B, is entitled “Balbi ad Celsum expositio et ratio omnium formarum.” 1Other manuscripts name Frontinus—or even Fronto—as the author. The work is a geometric manual for surveyors. Starting with a summary of standard measurements, it contains definitions of geometric concepts (point, line, area, types of angles, figures). The work, which refers back to the works of Hero of Alexandria (Hultsch, pp. 103 f.; Cantor, pp. 101 f.), is distorted by gaps and interpolations (see Lachmann’s ed.; and Bubnov, pp. 419 f.) and undoubtedly is not preserved in full, for its contents do not match its title. Probably the end of the preserved text (Lachmann, p. 107) 2 was followed by examples of the calculation of triangles, rectangles, and polygons, such as can be found in Hero’s works.

Works of Uncertain Origin. The oldest surveying codices have handed down a list of cities (liber coloniaruin I, Lachmann, I 209-251). Repeatedly mentioned as the source is a Balbus mensor (surveyor), who is said to have lived at the time of Augustus. Mommsen has demonstrated that this Balbus could not have been a contemporary of Augustus, so it is possible that this surveyor Balbus is identical with the author of Expositio. Nevertheless, the liber coloniarum does not form part of Expositio, since the latter almost certainly contained only geometry and not surveying material.

In 1525 Fabius Calvus of Ravenna published a short treatise on fractions (De asse minulisque eius portiunculis) as a fragment derived from a larger work by Balbus. However, this Balbus has no connection with the author of Expositio: Christ (Sitzungsberichte der Bayerischen Akademie der Wissenschaften zu München [1863], p. 105) and Hultsch (Metrologicorum scriptoum reliquiate, II [Leipzig, 1866], 14) found that the treatise on fractions originated between the time of Alexander Severus (222–235) and Constantine I (306–337).

Whether other works in the Corpus agrimensorum must be attributed to Balbus is uncertain.

Some chapters in the Collection of the Surveyors go back to Balbus (for example, Lachmann, I, 295.17-296.3). Particularly clear references to Balbus appear in the two works on geometry ascribed to Boethius: similar formulations in the five–book work on geometry have been grouped by Bubnov, p. 426. In the two–book work on geometry edited by G. Friedlein almost the entire section pp. 393.12–395.2; pp. 401.15–403.24 relates back to Balbus. At one place (p. 402.28–29 of Friedlein’s edition) its anonymous author credits Frontinus with a definition actually derived from Balbus.

1. The translation of from as “geometric figure” is corroborated by Balbus own definition (p. 104), despite the contrary views of Lachmann (forma as mensura or “measure”; Lachmann, II, 134) and Mommsen (forma as Grundriss or “plan”; Lachmann, II, 148).

2. The text (1, 107.10-108.8 of Balbus’ text, edited by Lachmann), which Lachmann himself considered spurious, is believed to be the work of Frontinus; compare C. Thulin, “Die Handschriften des Corpus agrimensorum Romanorum,” in Abhandlungen der Preussischen Akademie der Wissenschaften, Phil–hist. KL.,. no. 2 (1911), p. 23. In the London MS, BM Add. 47679, the only prehumanistic codex containing the ending of Balbus’ work, this text is preceded by excerpts from Balbus and followed by abstracts from Frontinus. There are no headings. On this codex, so far neglected but a must for the reconstruction of the Balbus text, see M. Folkerts, Zur Überlieferung der Agrimensoren: Schrijvers bisher rerschollener “Codex Nansianus,” which is to be printed in the Rheinisches Museum für Philologie.