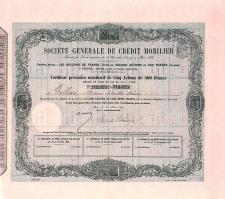 CRÉDIT MOBILIER OF AMERICA, the classic case of corruption in the Gilded Age, concerned conflict of interest and institutional duplicity. When in 1862 Congress chartered the Union Pacific Railroad with a federal subsidy for a transcontinental railroad, it also established the Crédit Mobilier, a separate corporation for the rail-road's construction, to attract private investors. Huge profits were made. Stockholders in the Union Pacific and the Crédit Mobilier, who were usually the same people, paid themselves outrageous profits. A cynic might say that the first construction site was at the U.S. Treasury.

Within six years Representative Oakes Ames (R-Mass.), a major shareholder, lent money to congressional colleagues to purchase shares at par, half of the market value. He used this stock where it produced the most good. Ames distributed funds to fifteen House members, including several key committee chairmen; six senators; and Vice President Schuyler Colfax. In 1869 a perfunctory Justice Department investigation of Ames's sale of the shares found nothing irregular. Three years later, an unhappy promoter, H. S. McComb, released letters from Ames that provided damaging details about the scheme.

On the eve of the 1872 election the New York Sun exposed the relationship. A later investigation revealed that Ames and others had taken more than $23 million, intended for a congressionally approved permanent endowment for construction, for their personal use, including sharing the stolen funds with congressional members. After the election, during a lame-duck session, Speaker of the House James G. Blaine (R-Maine), who had prior knowledge of the situation, set up an investigative committee that recommended Ames be expelled. The House only voted for censure—not for conflict of interest but for bribing House members. The web of corruption was wide. Schuyler Colfax, the lame-duck vice president; the new Vice President Henry Wilson; and Representative James A. Garfield (R-Ohio) were implicated and tarnished. Garfield recovered from the scandal and was eventually elected president of the United States. Representative James Brooks (D-N.Y.) was censured. Other members escaped punishment.

Blaine, however, paid a price. In the atmosphere of moral outrage following public exposure of the scandal, he defeated the censure charge, but it cost him the Republican nomination for president in 1876. In 1884, as the Republican presidential candidate, Blaine lost a close election to the Democratic challenger, Grover Cleveland. The "Mulligan Letters," written by Blaine to a railroad contractor with whom he had questionable financial dealings (one containing the famous injunction to "Burn this letter"), significantly contributed to his defeat. In addition to the literary results of Mark Twain and Charles Dudley Warner's The Gilded Age (1873) and Henry Adams's Democracy (1880), the Crédit Mobilier scandal gave Grover Cleveland his political reputation as an active opponent of governmental corruption.

The larger historical significance of the Crédit Mobilier scandal was what it revealed about the political culture. It illustrated the famous distinction by the Tammany Hall politician George Washington Plunkitt between dishonest graft—theft or bribery—and honest graft, or taking economic advantage of inside governmental information. Ames's distribution of shares was classified as bribery, but the men receiving those favors were not considered as having received a corrupting gift. Only the provider of the bribe was guilty of wrongdoing. No code regarding official misconduct was forthcoming, and ad hoc judgments became the norm. Between 1873 and 1968 only one senator was mildly censured for having a lobbyist on his payroll, in 1929. The record of Congress in this area has been better codified since 1968, despite some mild judgments.

Crawford, Jay Boyd. The Crédit Mobilier of America; Its Origin and History, Its Work of Constructing the Union Pacific, and the Relation of Members of Congress Therewith. Boston: C. W. Calkins, 1880. A pioneer account and still one of the best sources for understanding the corrupt incident.