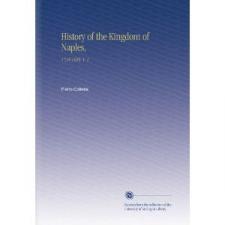 NAPLES, KINGDOM OF. The early modern kingdom of Naples, whose twelve provinces compromised the southern third of the Italian peninsula, was the military and fiscal cornerstone of Spain's Mediterranean empire from its conquest in December 1503. It provided significant resources of men and money in a subordinate political role as a viceroyalty in the sixteenth- and seventeenth-century Spanish imperial system. After the War of the Spanish Succession (1701–1714), the kingdom passed to the Austrian Habsburgs in 1713. During the War of the Polish Succession (1733–1738), a cadet branch of the Bourbons made Naples the capital of a new, independent Kingdom of the Two Sicilies in 1734. The capital vied with Paris as western Europe's largest city until the plague of 1656 halved its population with 150,000 deaths; yet Naples still remained western Europe's third largest city into the nineteenth century.

Spanish Naples (1504–1713) saw itself as the defender and legitimate successor of the formerly independent Aragonese kingdom destroyed by French invasions in 1494 and 1499. Gonzalo Fernández de Córdoba (1453–1515), the Great Captain, led an innovative military campaign that resolved more than two hundred years of Angevin-Aragonese rivalry in southern Italy. Charles V (king of Spain as Charles I, 1516–1556; Holy Roman Emperor, 1519–1556) confiscated pro-French nobles' titles, fiefdoms, and offices to forge an alliance between the absentee Spanish monarchy and the loyal local nobility, while Eleonora of Toledo, daughter of viceroy Pedro de Toledo (ruled 1532–1553), was married to Cosimo I Medici (ruled 1537–1574) of Florence as part of the Spanish pacification of Italy. This pax hispanica quelled factional feuding among the local nobility, put a stop to open warfare between the Italian states, and protected Italy from the Ottoman Turks. Philip II of Spain (ruled 1556–1598) encouraged powerful Genoese families as merchants and financiers in the kingdom and supported lawyer-administrators (togati or nobles of the robe) as middlemen between the baronial nobility and the monarchy. The city and countryside unsuccessfully revolted against Spain for nine months in 1647/1648. Spanish Habsburg rule ended with the death of Charles II (ruled 1665–1700) and the accession of the French Bourbon Philip V (king of Spain, 1700–1746), grandson of Louis XIV of France (ruled 1643–1715). The Austrian Habsburgs occupied Naples in 1707 during the War of the Spanish Succession.

Austrian Naples (1713–1734) became an Austrian viceroyalty by the Treaty of Utrecht in 1713. Administrative structures remained relatively unchanged under Austrian Habsburg rule, but international rivalries led Sicily to be reunited with Naples in 1720. The War of the Polish Succession displaced the Austrian Habsburgs, and Philip V's son, Charles of Bourbon (king of Naples, 1734–1759; king of Spain as Charles III, 1759–1788), conquered Naples in 1734 and reestablished an independent kingdom.

The Kingdom of the Two Sicilies (1734–1860) became a model of Enlightenment reform under Charles and his chief minister, Bernardo Tanucci (served 1755–1776). Charles III became king of Spain and left Naples to his third son, Ferdinand IV (king of Naples, 1759–1806; king of the Two Sicilies as Ferdinand I, 1816–1825). Ferdinand IV lost Naples briefly during the five-month Jacobin republic in 1799 and fled the Napoleonic conquest to exile in Sicily from 1806 to 1815 before his restoration.

The feudal nobility and foreign merchants controlled the agricultural economy through contracts and loans that kept an indebted rural population far removed from the wealth and power enjoyed by their regional lords. Provincials escaping feudal dues and jurisdiction swelled the teeming plebs in the capital, and the feudal nobility too was drawn to Naples where they formed part of the ruling class with the old Neapolitan patriciate, foreign officials, merchants, and financiers; the new "robed" bureaucracy, professionals, and artisans made up a small middle-class popolo. Food-provisioning needs in the city were of primary concern, with shortages causing revolts in 1508, 1533, 1585, and 1647. The famine of the mid 1580s–1590s precipitated a sharp economic downturn, but the disastrous famine of 1763–1764, which struck the kingdom with the resonance of the Lisbon earthquake, was especially severe with some 200,000 people—5 percent of the kingdom's population—dying in 1764 alone. Only the two revolts against the introduction of the Spanish Inquisition in 1510 and 1547, the lone examples of coalition between nobles and popolo, succeeded.

Renaissance Naples's local variant of "feudal humanism," which concerned itself with the problems and values of the ruling baronial elite, continued into the early sixteenth century as humanist natives of the city or kingdom sought to interpret its failures and conquest in the Italian Wars. Giovanni Pontano (1426–1503) continued to be read, and Jacopo Sannazaro (1458–1530) published his influential pastoral poem, Arcadia, in 1502. The university reopened in 1507 and was known for its faculites of philosophy, law, and medicine, but the humanist Neapolitan academy was suppressed in 1542. Spanish Naples hosted the Spanish mystic Juan de Valdés (1500–1541) and his circle, the anti-Aristotelian philosophy of Bernardino Telesio (1508–1588), numerous academies and salons including the suppressed Accademia dei Segreti and later the Accademia degli Oziosi, both led by the scientist and dramatist Giambattista della Porta (1535–1615), while Torquato Tasso (1544–1595), born in exile in Sorrento, was a favorite son among the Neapolitan literati. The university's seat in the monastery of San Domenico spawned two Dominican geniuses who ran afoul of the Inquisition, Giordano Bruno (1548–1600) and Tommaso Campanella (1568–1639).

Baroque Naples witnessed a cultural flowering in literature, music, art, and architecture. The poetry of Giambattista Marino (1569–1625) defined a century-long European aesthetic (marinism), which glorified the "marvelous" through wit, surprise, and artifice; while in Neapolitan dialect, Giambattista Basile (1575–1632) founded the new European genre of the literary fairy tale in the Pentamerone (1634–1636). Naples also became a Spanish literary topos of luxury and libertinism, as in the opening seduction scene in Tirso de Molina's El Burlador de Sevilla y el convidado de piedra (The seducer of Seville and the stone guest), the first literary appearance of Don Juan, in 1630. Musical culture flourished in church and court settings with early conservatories and composers. Alessandro Scarlatti (1660–1725) moved Neapolitan music to the world stage, and after 1700 Naples began to rival Venice in operatic production, to develop comic opera, and to boast the musical training of stars such as the poet and librettist Pietro Metastasio (1698–1782) and the castrato singer Farinelli (Carlo Broschi) (1705–1782). A distinctive Neapolitan school of painting took off after Caravaggio's Seven Acts of Mercy altarpiece (1606–1607). Major artists such as Jusepe de Ribera (1591–1652), Massimo Stanzione (1585?–1656), Artemisia Gentileschi (1593–1652/53), Bernardo Cavallino (1616–1656), Salvatore Rosa (1615–1673), Luca Giordano (1634–1705), and Francesco Solimena (1657–1747) had prominent careers. A spectacular building boom began to revive the city, with more than 150 projects begun between 1600 and 1650 alone, and important architects such as Domenico Fontana (1543–1607), Cosimo Fanzago (1593–1678), and Luigi Vanvitelli (1700–1773) distinguished themselves in Naples.

Enlightenment Naples became a privileged venue on the early modern European grand tour as much for its great men as for its natural beauty and ancient ruins. Political thought about the end of Spanish rule matured with Paolo Mattia Doria (1662–1746), Pietro Giannone (1676–1748), and Giambattista Vico (1668–1744), whose The New Science (1725; 1730; 1744) is a philosophy of humanity and universal history. Ferdinando Galiani (1728–1787) published his pathbreaking book On Money in 1751 and enjoyed a reputation as one of the major figures in intellectual life in Paris, where he served as Neapolitan ambassador from 1759 to 1769. Antonio Genovesi (1712–1769), who published widely on political and economic reform, held the first European university chair in "Mechanical Arts and Commerce" (political economy) in 1754. Genovesi's school produced government reformers such as Francesco Longano (1728–1796), Giuseppe Maria Galanti (1743–1806), Domenico Grimaldi (1735–1805), Francesco Antonio Grimaldi (1741–1784), and Francesco Maria Pagano (1748–1799). Gaetano Filangieri's (1752–1788) Science of Legislation (1780–1785) proposed a radical model for society that influenced the American founding fathers. He joined a reform council of finance with Giuseppe Palmieri (1721–1793) that included Melchiorre Delfico (1744–1835) after Filangieri's death. When Goethe wrote in the diary entry of 12 March 1787 for his Italienische Reise (1816; Italian journey) that Naples was a paradise in which everyone—including himself—lived in "intoxicated self-forgetfulness," he was perpetuating the persistent myth of a carefree people in a land of plenty and the romantic fantasy of finding one's true self in the liberating southern sun.

Calabria, Antonio. The Cost of Empire. The Finances of the Kingdom of Naples in the Time of Spanish Rule. Cambridge, U.K., 1991.

Imbruglia, Girolamo, ed. Naples in the Eighteenth Century. The Birth and Death of a Nation State. Cambridge, U.K., and New York, 2000.

Marino, John A. Pastoral Economics in the Kingdom of Naples. Baltimore and London, 1988.

MARINO, JOHN A. "Naples, Kingdom of ." Europe, 1450 to 1789: Encyclopedia of the Early Modern World . . Retrieved February 14, 2020 from Encyclopedia.com: https://www.encyclopedia.com/history/encyclopedias-almanacs-transcripts-and-maps/naples-kingdom