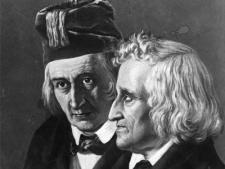 Little can be gleaned from the writings of classical authors on the subject, but manuscripts of the Middle Ages by such writers as Snorri Sturluson and Saemund Sigfússon (The Eddas ) and Saxo Grammaticus, and such epics or pseudohistories as The Nibelungenlied, shed some light on Teutonic magic practice and beliefs.

From these writers one can arrive at several basic conclusions: (1) that magic with the Teutons was nonhierophantic, and was not the province of the priesthood, as with the Celtic Druids, for example; (2) that women were its chief conservators; and (3) that it principally resided in the study and elucidation of the runic script. In the same manner as in early Egypt it was part and parcel of the ability to decipher the hieroglyphic characters.

It seems that all kinds of people dabbled in the practice of magic, and, to a great extent, sorcery was principally the province of women. Perhaps only those who could read the runes — that is, those who could read at all—were able to undertake the study of the occult, and therefore the unlettered warrior too restless to study was barred from all participation in the subject.

Women in all ranks of life seem to have been addicted to the practice of sorcery, from the queen on the throne to the wise-woman or witch dwelling apart from the community. Thus the mother-in-law of Siegfried bewitches him by a draught, and scores of similar stories could be imagined.

Generally ancient Teutonic magic was not very high; it was greatly hampered by human considerations and much at the mercy of the human element on which it acted and the very human desires that called it forth. In many cases it was rendered useless merely by the cunning of the object upon which it was wreaked. It does not seem to have risen very much above the type of sorcery in vogue among primitive peoples in modern times. It is surprising, with all these weaknesses, how powerful a hold sorcery had upon the popular imagination, which was literally drenched with belief in the supernatural.

In its various forms—German rune, Anglo-Saxon run, Icelandic run —the word is derived from an old Low German word raunen (to cut or to carve), since the runes in ancient times were invariably carved instead of written. It later came to designate the characters themselves.

Comparatively few people were able to decipher the runes, and the elucidation was left to the curious, the ambitious among the females, and the leisured few in general, perhaps including priests and lawmen. Consequently the power to decipher runes was a mysterious gift venerated among ordinary people who believed that the ability to elucidate them meant the reader possessed magic powers. The possessors of this ability maximized it so the belief in their prowess would flourish. A certain amount of patience and natural ability were necessary for mastery of such an intricate script, and the tradition that they were connected with sorcery lingered long in some parts of Iceland.

In later times the word runes came to be applied to all the alphabetical systems employed by the Teutonic peoples before the introduction of Christianity. Their origin is obscure; some authorities deny that it is Teutonic and assert that the runes are merely a transformation or adaptation of Greek characters, others that they have a Phoenician or even cuneiform origin.

That they are of non-Teutonic origin is inferred from their strong resemblance to other scripts. It has also been argued that it was unlikely that they could have been invented by the Teutonic race given their state of organization and learning at the time the runes first came into general use.

Runes have been divided into three systems—English, German, and Scandinavian—but the difference between these is merely local. They were not employed in early times for literary purposes, but for inscriptions only. Runes were usually found on stone monuments, weapons, implements, and personal ornaments and furniture. In England, runic inscriptions are found in the north only, where Scandinavian influence was strongest.

The first symbols of the runic alphabet are for the letters f, ú, th, ó, r, and c. For this reason the order of the runic letters is not called an alphabet but a futhorc. The system is symbolic. Thus the first letter pictures the head and horns of an ox, and is called feoh after that animal; the second is called ur, the word for bull; the third, thoru (tree), then os (door); rad (saddle); and caen (torch). The runes were probably derived or evolved from a purely pictorial system in which the figures of the animals or objects stood for the letters of the alphabet.

Since runes were carved, some connection may be possible between the Anglo-Saxon secgan (to say), and the Latin word se-care (to cut), especially since secret signatures were made by merely cutting a chip from a bark manuscript. The old meaning of the word spell was "thin chip or shaving." The Roman historian Tacitus mentioned that in Teutonic divination, a rod cut from a fruit-bearing tree was cut into slips, and the slips, having marks on them, were thrown onto a white garment to be taken up with prayer to the gods and interpreted as they were taken. A special use of light cuttings for such fateful cross-readings, or "Virgilian lots," may have given the word spells its particular association with the words of the magician.

Among the lesser figures of mythology who were believed to have direct contact with ancient Teutonic peoples and assist them, or were connected with them in the practice of magic, were the duergar, or dwarfs, trolls, undines, nixies, and other spirits. Belief in them was distinctly animistic. The people believed that dwarfs and trolls inhabited the recesses of the mountains, caves, and the underworld. Nixies and undines were said to dwell in the lakes, rivers, pools, and inlets of the sea. In general these were friendly to humans, but objected to more than occasional intercourse with them.

Although not of the class of supernatural beings who obeyed humans in answer to magical summonses, these, especially the dwarfs, often acted as instructors in the arts of magic. Many instances of this are found in tales and romances of early Teutonic origin.

The dwarfs were usually assisted by adventitious aids in their practice of magic, such as belts that endowed the wearer with strength (like that worn by the dwarf "Laurin" ), shoes for swiftness (analogous to the seven-league boots of folk tale), caps of invisibility, and so forth.

Witchcraft was much more in favor among the northern Teutons than it was in Germany, and this circumstance has been attributed to their proximity to the Finns, a race notorious for its propensities toward magic. In Norway, Orkney, and Shetland, the practice of sorcery seems to have been almost exclusively in the hands of Finnish women. There is little doubt that the Finns exercised upon the Teutons of Scandinavia the mythic influence of a conquered race; that is, they took full advantage of the terror inspired in their conquerors by an alien and unfamiliar religion and ritual in which magic was an integral element.

The principal activities of Teutonic witchcraft were the raising of storms, the selling of pieces of knotted rope (each knot representing a wind), divination and prophecy, and acquiring invisibility. Since the sea was the element of the people, it became the chief element of the witch of the northern Teutons. Thus in the saga of Frithjof, the two sea witches Heyde and Ham ride the storm and are sent by Helgi to raise the tempest that will drown Frithjof. They take the shapes of a bear and a storm-eagle. In the saga of Grettir the Strong, a witch-wife, Thurid, sends adrift a magic log that comes to Grettir's island. The log leads to his downfall.

In the north of Scotland, the Teutonic and Celtic systems of magic may be said to have met and fused, but not to have clashed, since their many points of resemblance outweighed their differences.

Animal transformation also played a considerable part in Teutonic magic and witchcraft. In early Germany the witch (hexe ) seems to have also acquired the characteristics of a vampire.

The Teutons seem to have excelled in prophecy and divination; the practice was more widespread among the northern Teutons than the southern. Prophetic utterance was usually induced by ecstasy, but it was not the professional diviner alone who was capable of supernatural vision. Anyone under stress of excitement, and particularly if near death, might become fey (prophetic), and great attention was invariably paid to utterances made while the person was in this condition.

Lapland , Lapland The Laplanders acquired a reputation for magical practice that was almost proverbial throughout Europe, and certainly so among the peoples of… Magic , MAGIC. The English term "magic" (magie in French, Magie in German, and magija in Russian) comes from the Greek magikos, a term that referred to a cla… Sigil , sigil •anthill • Edgehill • sidehill • molehill •foothill • dunghill •sigil, strigil, vigil •strongyle • Virgil • Gaitskell • orchil •roadkill • Dana… James Frazer , Frazer, James George Frazer, James George Sir James George Frazer (1854-1941), British social anthropologist, folklorist, and classical scholar, was… Charm , charm / chärm/ • n. 1. the power or quality of giving delight or arousing admiration: he was captivated by her youthful charm. ∎ (usu. charms) an att… Blessing And Cursing , CURSING CURSING , the antithesis of blessing, is a pan-global, pan-historical phenomenon in which language, spoken or written and with or without spe…