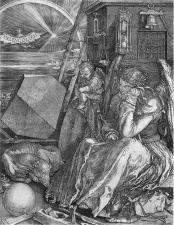 Cleanthes (sometimes referred to as Cleanthes of Assos) was the second head of the Stoic school. Ancient biographical information is found in Diogenes Laërtius's Lives of the Philosophers (7. 168-176) and in Philodemus's history of Stoicism (columns 18-19). Born in 331–330 BCE, in Asia Minor, he came to Athens in 281–280. He took over leadership of the school on the death of its founder, Zeno of Citium, in 262–261 and held that position until his own death in 230–229. The most important contemporary Stoic was Ariston of Chios, against whom Cleanthes defended the version of Zeno's legacy that became standard, insisting on the vital importance of logic and physics as well as ethics. His own student and successor, Chrysippus, maintained this integrated system. Cleanthes also defended Stoic epistemology against the skepticism of the academic Arcesilaus.

Cleanthes was a prolific author in every area of philosophy. He wrote four books of interpretation of Heraclitus, a defense of Zeno's natural philosophy, and works on the interpretation of poetry and myth, which probably aimed to show that ancient wisdom supported Stoicism. He is now better known for the surviving portions of his philosophical poetry, which includes thirty-nine lines of his Hymn to Zeus and four lines on the topic of fate. In physics he wrote on the basic principles (active andpassive, God and matter), on cosmogony (a cyclical recreation of the cosmos punctuated by recurring conflagrations of all matter), and on cosmology (with a particular emphasis on the role of the sun as the organizing principle). In theology he is important for his theory about the origins of the conception of God reported in book two of Cicero's On the Nature of the Gods and other more dialectical arguments reported by Sextus Empiricus.

Cleanthes' response to the Master Argument of Diodorus Cronus was to hold (1) that there are possibilities which neither are nor will be true and (2) that the impossible does not follow from the possible; but (3) to deny that every past truth is necessary, thereby perhaps avoiding an excessively necessitarian version of his determinism. He was a materialist, holding that anything that causes or is caused must be material, but followed Zeno in invoking incorporeal predicates as necessary features of a causal account of material interaction. He may have been the first to use the term lekton ("sayable") for such items. He wrote several works on dialectic, logic, and epistemology, but ultimately his contribution in this area was eclipsed by that of his brilliant successor Chrysippus.

Like all Stoics he held that the soul is a material stuff, a warm, breathy substance capable of perception and intelligence; he invoked the authority of Heraclitus particularly for his psychology. One argument for the physical nature of the soul was the heritability of psychological traits as well as corporeal characteristics. Cleanthes held that the soul survived the death of the person but only until the next conflagration; postmortem survival of personal traits seems not to have been envisaged.

In ethics he held that living according to nature is equivalent to living virtuously and took a particularly strong anti-hedonistic stance, using parables and images to dramatize the starkness of the choices one must make in planning one's life. He held the controversial view that in planning one's life one must look only to cosmic nature rather than to any more limited nature (such as that of the species or the individual), a position that coheres with his theological and cosmological views. He wrote extensively on practical ethics, but held that the norms applicable specifically to individuals in their social roles must be based on general philosophical principles. He held a strong version of the unity of virtues, maintaining that it is a single disposition (called "strength" and "power" rather than "health") manifested as different virtues (such as courage and justice) according to the circumstances where it is applied. Virtue is a cognitive state consisting of the secure and irreversible knowledge of doctrines and factors relevant to decision making. Hence it is a permanent trait once achieved.

His psychology is often thought to have had a dualistic character because Galen, perhaps following Posidonius, exploited Cleanthes' writings when arguing against the monistic views of Chrysippus. It would, however, be a mistake to infer dualistic psychology from the fact that Cleanthes dramatized a debate between reason and emotion in a poem, no doubt for protreptic purposes. In all areas of his philosophy Cleanthes was committed to the main lines of Stoic orthodoxy as set down by his master Zeno.